Lockheed Martin says that its 10 kW portable fiber laser weapon has shot down small-caliber rocket targets in recent tests – the latest demonstration to highlight the rapid progress being made in the emerging field.

According to the US defense contractor, in recent months ADAM has destroyed four rockets in simulated flight from a distance of 2 km, and “engaged” with a UAV from 1.5 km, forcing it into a controlled crash.

The company says that ADAM, which measures 8 ft by 12 ft by 10 ft and can be towed on a trailer (see video below), is able to track targets precisely in cluttered optical environments with a tracking range of more than 5 km.

“The system has been designed to be flexible enough to operate against rockets as a standalone system and to engage unmanned aerial systems with an external radar cue,” Lockheed said in a statement. “The ADAM system’s modular architecture combines commercial hardware components with the company’s proprietary software in an integrated and easy-to-operate system.”

Military utility
News of Lockheed’s successful demonstration comes shortly after the German division of the missile systems specialist MBDA said that its 40 kW system – also based on fiber lasers – had also shot down artillery targets in simulated flight.

The ultimate goal for many of the teams working on laser weapons is to develop a 100 kW system that would be capable of destroying a wide range of targets at long stand-off distances. But one of the biggest technical hurdles is to deliver that power output while maintaining the very high beam quality that is needed to maintain such a weapon’s effectiveness at large distances and in optically challenging environments – for example at sea – as well as dealing with the large amount of heat dissipated.

A wide range of laser sources are being worked on, and at SPIE’s Security + Defence conference held in Edinburgh, UK, this September, it was clear that progress is being made.

At that event, plenary speaker Mark Neice, director of the Albuquerque-based High-Energy Laser Joint Technology Office (HEL-JTO) that co-ordinates much of the US effort in this area, said that “significant military utility” of laser weapons could now be expected within just a couple of years. In the same talk, Neice also highlighted the “amazing results” that Lockheed had demonstrated with its fiber lasers.

Choice of sources
Both MBDA and Lockheed’s ADAM system are based around commercial fiber lasers (MBDA uses IPG Photonics), while others such as Boeing are using thin-disk lasers provided by Trumpf. New types of gas and ceramic solid-state laser sources, and even free-electron lasers, are also under investigation.

It appears that fiber lasers are proving to be the most popular choice among system developers, especially where the size of the laser system and its cooling requirements are considered critical – such as for weapons to be mounted on armored vehicles.

With 10 kW representing the highest output power currently available from a single fiber laser, where those higher-power systems under development tend to differ is in how exactly the fiber laser beams are combined to generate multiple tens of kilowatts. Options include simply superimposing the beams at the target or using multiple sources with a common output aperture.

Spectral coupling of the beams is seen as a more advanced and effective concept for limiting beam divergence at large distances, although this also requires a more complex optical system. 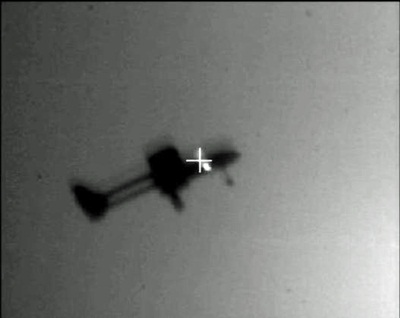 Despite reduced overall US federal funding of directed energy weapons development since the demise of the Airborne Laser Testbed, it does look like advances in diode and fiber technologies are now proving that laser weapons are no longer in the realm of science fiction, and could soon find use in genuine military applications.

Doug Graham, Lockheed’s VP of advanced programs for strategic and missile defense systems, commented: “Lockheed Martin has invested in the development of the ADAM system because of the enormous potential effectiveness of high-energy lasers. We are committed to supporting the transition of directed energy’s revolutionary capability to the war fighter.”