The company's distributed fiber sensing system will be installed along a 180 km oil pipeline corridor. 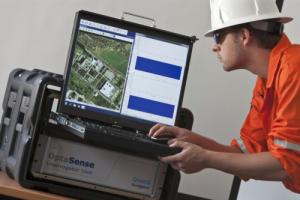 OptaSense, a developer of distributed acoustic sensing (DAS) technology and part of the UK's QinetiQ defense contractor, has signed a deal to supply its monitoring systems to Iraq for a pipeline security application.

The contract forms part of the company's continuing focus on Middle East markets, following the creation of an office in Dubai earlier in 2012.

The company will contribute to the protection of a new 180 km pipeline corridor operated by Iraq's State Company for Oil Projects, the state-owned entity administrated by the country's Ministry of Oil. A financial value for the contract has not been disclosed.

"This contract is a significant step for OptaSense in the Middle East and builds on our investment in a regional HQ in Dubai," said company MD Magnus McEwen-King.

"OptaSense will, for the first time, be providing a secure corridor between which multiple pipelines will be built. We already have a proven track record of providing pipeline security elsewhere in the Middle East and around the world, and we are pleased to be undertaking another major project in the region."

The company has previously spoken of a commitment to the Middle East region, and the growing realization among oil and gas companies that damage prevention forms a vital aspect of their business.

The OptaSense DAS system enables fiber-optic cables running underground alongside pipelines and other installed infrastructure to act as acoustic detectors. Pipeline breakages, leakage or attempted sabotage can all be detected by monitoring this signal.

In effect the pipeline corridor will be protected "by over 20,000 virtual microphones, making it one of the most monitored assets in the region," commented McEwen-King.

The project is due to be completed in March 2013, and the company describe it as complementing work already taking place in Oman, Qatar and elsewhere in Iraq. It will be managed from the company's Dubai office.

Pipeline security
DAS is based on the detection of acoustic frequency strain signals over significant distances, and can exploit existing fiber-optic cables to do so where necessary.

The system uses regularly spaced "interrogator units" to send light pulses along the fiber and monitor the amount of light which is back-scattered or reflected. If sound waves, potentially from anything as significant as a pipeline break or as subtle as a footstep in the vicinity, alter the position of the fiber by a tiny amount, then the back-scatter signal is altered along with it.

Data about the changed signal is analyzed by a software system and presented in real time to an operator, complete with detailed location information. Networking interrogator units together allows a single operator to monitor more than 5,000 km of infrastructure from one location, according to OptaSense.

The technology is applicable to a number of sectors, but pipeline monitoring and security is a particular focus for OptaSense, which has started to accumulate a number of major contracts.

In May 2012 the company signed a global commercialization and framework agreement with Shell, including the use of the technology to monitor hydraulic fracturing operations, or "fracking."

OptaSense systems have also been selected to monitor the entire length of India's Mangala Development Pipeline, which runs from Rajasthan to Gujarat, a deal announced in April 2011. A third installation monitors the 1,770 km Turkey section of the Baku-Tbilisi-Ceyhan pipeline, through an agreement with BP.