Shares rise in value after the imaging firm says that delayed order has been re-booked. 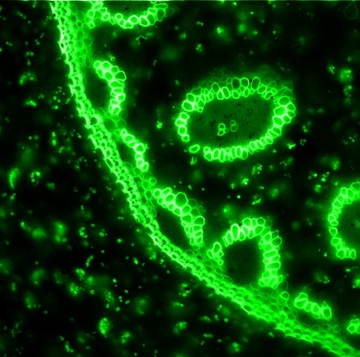 High-performance camera specialist Andor Technology is to pay a shareholder dividend for the first time, the company has announced in a largely upbeat trading update for the financial year just completed.

“Revenue will be modestly ahead of last year, with earnings expected to be in line with expectations,” said the company. “We have continued to see strong growth in Asia Pacific, offset by weaker sales in Europe and the US.”

The company also said that a delayed order from one of its US original equipment manufacturer (OEM) customers, which had dented sales in the second half of the financial year, had now been re-booked. “This customer has placed new orders in the period totaling $3.2 million, deliverable during the financial year ending September 2013, with further orders expected,” Andor stated.

The Belfast, UK, company added that systems sales would likely show a 15% decline for the 12 months ending September 30, 2012, having doubled in the previous year. “This is characteristic of a market where the high order value and timing of sales can sometimes deliver inconsistent year-on-year results,” it said.

Research encouragement
While some companies have reported a weakening market in the scientific research sector, particularly with regard to future budget worries in the US, Andor predicted that its research sales will show growth of 7 percent this year. “This is indicative of Andor's strong market position and innovative product portfolio,” the company said.

That looks set to continue in part because of what the company has called a “very encouraging” response from researchers to Andor’s sCMOS Zyla camera, launched in April and aimed strategically at the mid-range market.

“Many of our channel partners have now completed the process of integrating the product into their software,” Andor said. “We have also had positive feedback from our OEM customers and there are a number of active projects for which the Zyla is being considered. As a result we believe we are well positioned for growth in the coming year.”

Andor has also been reviewing its sales structure and has now appointed a new global sales director, in the form of Mary Dusseau. She joins the company after spending 25 years in the life science sector, most recently at Perkin Elmer where she lead the global bio-discovery sales team.

With the positive trading outlook and a solid financial position, Andor’s board of directors has also decided to begin paying a shareholder dividend. For its current financial year, which ended on September 30, that dividend should be worth “at least 2 pence per share”. 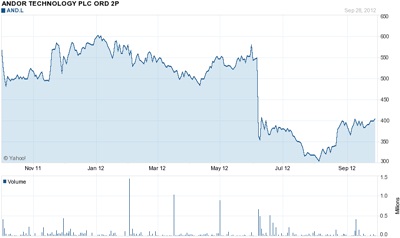 “While we experienced some challenges during the year, it is pleasing to now report that earnings are expected to be in line with [our] expectations,” said Andor chairman Conor Walsh. “We believe the business remains well positioned for continued growth and this confidence is reflected in our recommendation to introduce a dividend.”

Shares in Andor rose in value by around 10 percent on the London Stock Exchange following the update. At 425p, the stock is now trading at its highest level since early June, when Andor lost nearly a third of its valuation after its interim results detailed the expected shortfall caused by the delayed OEM order in the US, and the company lowered revenue and earnings expectations for the year.