Country retains position as the largest national market for solar installation with rush to beat deadline before tariff reduction. 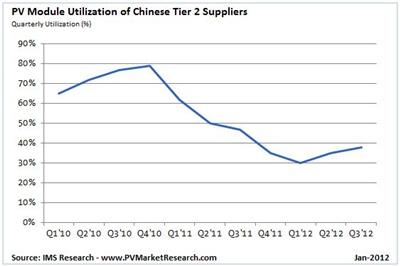 A record 7.5 GW of photovoltaic systems are now thought to have been installed in Germany in 2011, as a rush to beat the latest feed-in tariff reduction drove massive demand in December.

According to preliminary figures from the Bundesnetzagentur federal regulator, there were so many installations in the final month of 2011 that it will take some time for it to evaluate the true figures for the final quarter of the year.

But it is clear that the surge has exceeded expectations. Bundesnetzagentur president Matthias Kurth said: “In December alone, there were new PV installations with a total capacity of 3 GW reported – about 40% of the total 2011 reported [installations].”

The extraordinary boom in demand means that it is highly likely that Germany will have installed more PV capacity in 2011 than it did in 2010 – when the total was approximately 7.4 GW. And while cuts to the supporting tariff have certainly put a brake on the market’s rate of growth - in 2010, PV installations in Germany doubled from the 2009 level - the final figure for 2011 will be far in excess of most analyst predictions, which had been around the 5 GW level.

The burst of activity in December means that further cuts to the tariff are now likely be triggered in July this year. According to Kurth, only a small number of installations will need to be reported before April to trigger a 15% tariff cut, while further reductions in January 2013 are also much more likely now.

While surprising, the record-breaking activity has come at the end of a year in which PV prices have plummeted – making investment in the technology sufficiently attractive despite the lower rates of return now on offer in Germany.

Module fab utilization hits new low
In some ways, the end-of-year rush was a repeat of the market activity seen in late 2010. However, according to PV industry analysts at IMS Research, there have been major changes in terms of supplier dominance since then.

Jessica Jin from the firm says that the utilization rate of second-tier Chinese PV module producers fell to a record low of just 35% in the closing quarter of 2011 – while a year earlier the rate had been 80%.

The reason is that many of those suppliers had expanded their capacity aggressively last year, in anticipation of continued fast-growing demand. “With global installations growing by ‘just’ 25% in 2011, compared to 160% in 2010, these rapid capacity expansions led to a severe overcapacity,” IMS reports. “As a result, total PV module production capacity in 2012 will be nearly double the true market demand.”

Jin says that because the top-tier Chinese suppliers like Suntech Power are now much more able to meet market demand through their own internal production capacities, the second-tier suppliers have been squeezed out of the market. “Combined with high inventory levels, this has resulted in shipments of Chinese Tier 2 suppliers declining each quarter in 2011, forcing suppliers to reduce production and resulting in record low utilization levels,” she explained.

The well-documented impact on PV module prices is that they have crashed in the past nine months. Average pricing from Chinese Tier 2 suppliers in the final quarter of 2011 was 37% lower than a year earlier, says IMS – although its monthly PV module price tracker also shows that distributor prices were sharply higher than those of their suppliers in December, as the end-of-year rush took hold in Europe.

With most suppliers having now ditched their overambitious capacity expansion plans, some going bankrupt, and inventory levels finally being reduced, IMS predicts that utilization of second-tier PV module production facilities in China will now start to rise in the second quarter of 2012, following two years of steep decline – although at less than 40% by Q3 of this year it will still be extremely low.