France-based defense giants Thales and Safran have announced a joint venture to develop new types of optronics systems and equipment. 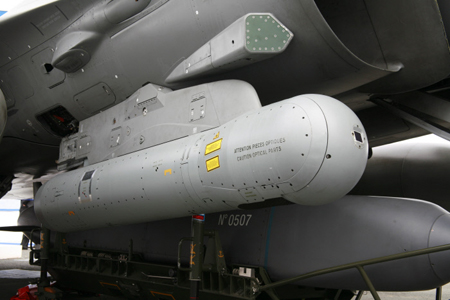 Thales and Safran have signed a Memorandum of Understanding to create an equally-owned joint venture for optronics systems and equipment. Thales is a global technology leader for the defense, security and aerospace and transport markets. Safran has three core businesses: aerospace (propulsion and equipment), defense and security.

An indication of the importance that the French Government attaches to the partnership is the fact that French defense minister Gérard Longuet attended the signing ceremony in December 2011. Through this joint venture Thales and Safran will combine their respective areas of expertise in optronics, and expand their range of products and services to cover emerging needs for new defense systems, including both modernization programs and original equipment.

The Thales-Safran partnership will be in the form of a joint venture covering technical, commercial and program aspects, with the industrial assets remaining under the control of the two parent companies.

Through this partnership, the companies are aiming to strengthen the national technology base for infrared detectors, the cost-effectiveness of which is key to the competitiveness of optronics systems.

The two companies also intend to strengthen their jointly owned subsidiary Sofradir, in which each company has a 40% stake, to meet their own strategic needs, as well as to expand its presence in the open international market, which remains a priority for ensuring the economic viability of this technology.

Safran and Thales will eventually transfer to the newly announced partnership the infrared detector technologies that they are currently developing within their own units.

Thales Chairman and CEO Luc Vigneron paid tribute to "a win-win partnership which will deliver best-in-class technologies to our customers, and bolster our position in international markets."

Safran Chairman and CEO Jean-Paul Herteman added: "I am delighted to sign this future-looking partnership, which enables us to avoid duplicating major funding, and also brings together the top skills in this field, fostering dynamic synergies between our teams."