poLight, the venture-backed Norwegian company developing autofocusing wafer-level optics, is to scale up its production process through a partnership with SVTC Technologies. 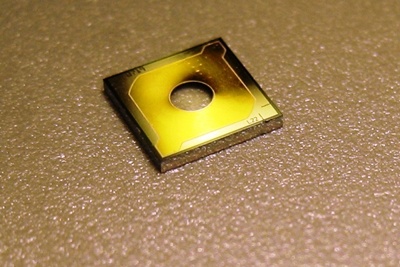 US-based SVTC has highly equipped 8-inch and 12-inch semiconductor wafer processing facilities in Texas and California, and offers a development service that allows customers to scale up processes while staying fabless.

According to poLight, the commercialization expertise on offer will enable it to demonstrate a production-ready process that can then be transferred to an even larger MEMS device manufacturer. SVTC will provide poLight with a capacity in the range of one million units per month on its 8-inch wafer platform, while a larger volume manufacturer ramps production in parallel, the Norwegian company told optics.org.

poLight CEO Christian Dupont, who previously ran the French liquid lens developer Varioptic, described the development agreement as an important milestone that will act as a stepping stone for the company to move towards meeting the level of demand that it expects from customers.

poLight’s ‘TLens’ products are tunable, meaning that they can deliver an instant focus (<1 ms) for consumer electronics devices such as smart phone handsets, without any need for a motor to move the lens position. Based on a proprietary optical polymer, the technology also offers very low power consumption – poLight claims less than half the consumption of a typical camera module – and a tiny footprint area of less than 3 mm by 3 mm.

The TLens design sandwiches an optical polymer between two thin glass layers. When a voltage is applied to a piezo actuator, this transparent membrane bends, changing the focusing power of the lens. Crucially, the design is compatible with a wafer-based MEMS process, meaning that it can exploit the economies of scale offered by very high volume manufacturing facilities.

poLight raised $18.5 million in venture finance earlier this year, in a round led by the Norwegian government through its Investinor fund, with the possibility of an additional $6 million mooted at the time. Other investors include Ignis Optics, which was recently acquired by the optical component maker Finisar. poLight would not say whether the $6 million extension had now been raised, but did comment that it had already raised the funds necessary to reach its targeted manufacturing plan.