The French regional technology cluster has reorganized its activities into three business units. 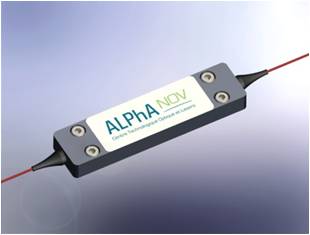 The Alphanov optics and lasers technology center based in Talence, France, has announced a new organizational structure focusing on three business units, along with the completion of its newly expanded premises.

The three focus areas are to be:

Laser Micromachining: the study of the interaction between lasers and a variety of materials including living tissue, and the development of viable industrial processes from these studies.

Lasers: development of laser sources and components, with particular emphasis on Alphanov's expertise in special optical fibers and the implementation of new architectures.

Systems: The design and production of optical systems, including the development and provision of a platform for terahertz and photo-thermal imaging and the implementation of micro-mirrors arrays.

Along with the restructuring, Alphanov has appointed three new senior staff. Pascal Dupriez joins from Fianium to lead the Lasers division, while Rainer Kling, previously at Laser Zentrum Hanover, will take over the Laser Micromachining division. Arnaud Zoubir has been appointed as head of Alphanov's business and collaborative projects efforts.

Alphanov will also continue to produce and sell a small range of laser components, including a pair of high-brightness combiners and a pulse-on-demand laser module. Larger customized laser systems are designed on demand.

City of Photonics
Alphanov has completed its new premises within the City of Photonics in Pessac, near Bordeaux, a hub for photonics developers and vendors in the region.

In the longer term, the goal is for Alphanov to eventually move entirely to the Centre Optique Aquitain, currently under construction at nearby Talence, a relocation scheduled for the end of 2012. Once completed, the center will host Alphanov, the Aquitaine branch of the Institute of Optics Graduate School, and the training platform Pyla.

Alphanov is part of the Route Des Lasers competitiveness cluster, established in July 2005 to bring together the laboratories, companies and training centers of Aquitaine's optics and lasers industry. Its roots in the Alpha association (Aquitaine Lasers Photonique + Applications) go back further, Alpha having been created in 2004.