Against a general backdrop of softening demand for semiconductor capital equipment, Newport reports record orders for the sector. 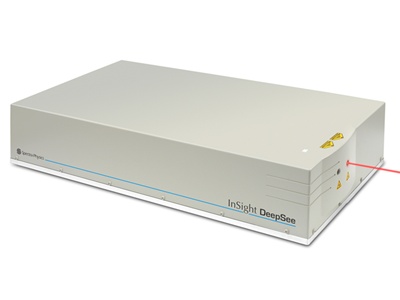 Newport has registered its best-ever figures for quarterly orders, thanks in large part to a single $14.8 million order for lasers from a semiconductor OEM customer.

For the second quarter of the year, the California-based supplier of lasers and photonic components posted total sales of $130.1 million, up slightly from the first quarter of 2011 and in the center of the guidance range that it had provided.

The solid performance yielded a pre-tax income of $13.9 million for the quarter – down from the previous quarter, during which Newport had recorded a one-time $7.2 million gain relating to its dissolution of a subsidiary.

But CEO Robert Phillippy was keen to concentrate on a sharp rise in orders to the record-breaking quarterly figure of $143.7 million – up strongly on both year-on-year and on the first quarter. The increase was largely due to strong momentum in microelectronics, where orders were $56.9 million. That total represented another record, and included a $14.8 million order from a semiconductor equipment firm that will ship over the next three years.

Orders from customers in the research, aerospace and defense sectors were also up strongly, while those relating to life and health sciences and industrial manufacturing remained flat.

Down cycle?
The strong orders in the microelectronics sector come amid a period of uncertainty in the semiconductor industry, where chip makers are evaluating end-market trends before committing to capital expenditures for 2012 onwards. Phillippy confirmed that, in general, Newport’s customers were reining in their expectations:

“Recent reports have suggested that the semiconductor equipment market may soften in the second half of this year and updated forecasts from our OEM customers are in line with this sentiment,” the CEO told investors. “All of our customers have released cautious outlooks and some have specifically guided down.”

Phillippy also pointed out that Newport would be better able to deal with a down-cycle in the semiconductor market than before, having transitioned to a more flexible operating model over the past three years. In addition, he said, Newport had historically gained market share during down cycles, with new products tending to gain traction as customers looked to upgrade tools in advance of the next upswing.

Whether that holds true this time remains to be seen, but the company should also be better insulated against future semiconductor cycles, thanks to its acquisition of High Q Technologies, and the pending deal to incorporate Ophir Optronics under the Newport umbrella.

That’s because High Q’s ultrafast lasers are mostly used in medical and life science applications, while Ophir has a strong presence in the defense and security market, as well as selling into the industrial sector through infrared optics used in CO2 lasers.

Guiding up
In the remainder of the year, Newport’s Spectra-Physics laser division should be able to boost sales from High Q through its much larger sales and marketing scale while there should also be continued recovery in Japan following the March tsunami. Overall, despite the expected softening in microelectronics, Newport is hopeful of maintaining revenue growth during the second half of 2011.

For the third quarter it anticipates revenues of between $131 million and $135 million, followed by a further increase in the closing quarter to reach full-year sales of more than $530 million. That estimate does not include any contributions from Ophir, with the acquisition of the Jerusalem-based company not expected to close until at least Q4 because of various regulatory requirements.

Newport is working towards building a $750 million revenue business, through both acquisitions and organic growth. The company is also currently evaluating how best to re-finance its $126.8 million of convertible notes due February 2012.