Vertically integrated facility enables company to make key optics for defense on US soil for the first time. 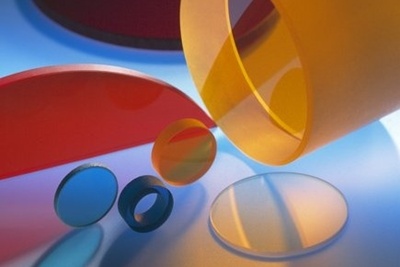 by Mike Hatcher, at SPIE Optics + Photonics in San Diego
The specialty optical components manufacturer Schott is now making products based on chalcogenide glass in Duryea, Pennsylvania, in a move that will enable the company’s US subsidiary to target the domestic defense sector more effectively.

Schott already makes chalcogenide components, which typically comprise combinations of elements including germanium, selenium, tellurium, antimony and arsenic, at its main site in Jena, Germany. But the additional US capability will help with export compliance issues as key technologies such as thermal imaging and night vision find increasing deployment.

The vertically integrated glass melting, diamond turning fabrication and metrology line in Duryea has just started operations, after Schott worked on the expansion over the past year.

Speaking to optics.org at SPIE’s Optics + Photonics event in San Diego, California, where the company made its announcement, Schott said that despite widespread expectation of cuts to the US defense budget impacting overall demand, thermal imaging and night vision were now such mission-critical technologies that spending on the types of components now being manufactured in Duryea would remain robust. In fact, the US expansion was timed for what Schott anticipates will be strong market demand.

Overall, company says that market demand remains solid at the moment, and in the longer term it will aim to enter into commercial applications of the chalcogenide components, for example in security.

Mid-infrared transmission
The thermal imaging applications rely on supplies of high-performance optical components that are transparent in key spectral regions such as the mid-infrared at 3-5 µm and at 8-12 µm. Germanium optics can be used for those applications, but suffer from thermal changes to their refractive index – meaning that the focus of a germanium lens used in an aircraft IR system would have to be adjusted with any significant temperature fluctuations.

According to Schott, the major advantage with the various chalcogenide glasses is that their refractive indices are far more thermally stable than germanium. And because they rely on combinations of elements, the cost of the raw materials is less susceptible to supply constraints – while the cost of germanium has shot up over the past year.

• Schott has also now developed a version of its N-BK7 glass for digital cinema projectors. The glass features very high transmission in the visible range, and is aimed for use in the high-performance prisms that separate a high-flux white projector light into red, green and blue components that are then reflected onto the projector lens using a digital micromirror device.

The technology is central to high-quality 3-D cinema projection, and Schott says that prisms based on the new glass, which has an absorption coefficient three times lower than its standard material, will generate less heat, reducing imaging errors on-screen.