Demand for both telecom and gesture-recognition components are hit, but JDSU sees growth in kilowatt fiber laser sales. 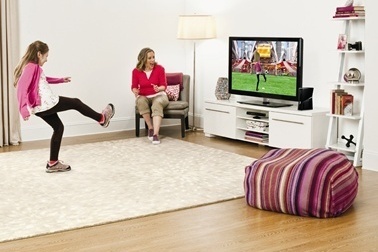 Shares in the diversified photonics company JDSU slipped by close to 10% in early trading after it released weaker-than-expected financial guidance in its fourth-quarter results for fiscal year 2011.

Although JDSU slightly exceeded analysts’ expectations in the fourth quarter, meeting the upper end of its prior guidance with revenues of $472.3 million, it forecast a significant decline in sales to between $400 million and $425 million in the opening quarter of its fiscal year 2012 – a result of seasonality and inventory corrections in the key markets of telecommunications and gesture recognition. Analysts had been expecting a forecast either flat or only slightly down.

“Revenue for the [fiscal 2011] year grew over 32% and operating profits more than doubled," said Tom Waechter, JDSU's CEO. "Currently we are seeing macro-economic challenges and inventory corrections which we believe will be short-term in nature.”

JDSU’s revenues are dominated by the telecommunications sector, which has been stuck in an ongoing period of inventory correction and weak demand for the past few months. But there was good news from the company’s commercial lasers division, which reported a 12.6% sequential increase in sales to $27.8 million on strong sales of its “Q Series” of Q-switched solid-state lasers.

The most recent quarter saw JDSU pick up $1 million in revenues from kilowatt-scale fiber lasers, as products were deployed in metal cutting systems put together by Japanese development partner Amada. JDSU is now working on a second generation of high-power fiber lasers operating at up to 4 kW, and is also developing fiber-based pulsed sources. Waechter said that revenues from this product line would grow as a result of strong end customer demand.

Visibility gets foggy
Infrared emitter and detector components used in gesture-recognition systems, notably Microsoft’s “Kinect” games platform, have also become a strong revenue driver at JDSU over the past year, but the company is now facing a similar inventory correction problem in this market. Revenues from this application reached close to 4% of JDSU’s total sales in the fourth quarter as inventories were built up in anticipation of the December holiday season, but that figure will now drop back around the 2% mark after a pause in bookings.

Citing the worrying macro-economic picture impacting global markets at the moment, which is clouding the company’s financial visibility in the near term, Waechter said: “We don’t know how long the downturn will last, but we do believe that it’s a near-term issue,” adding that the fundamental need for greater capacity in communications networks remained strong.

The CEO also stressed the seasonal nature of demand for its key products – which tends to peak in the June and December quarters of each year – as a reason for the expected near-term decline in business, suggesting that some analysts may have underestimated the impact that this would have.

For the full fiscal year 2011, JDSU’s sales increased by 32% from 2010 to just over $1.8 billion, while the company also more than doubled its net income to $216.7 million. That level of profitability represents JDSU’s best-ever bottom-line performance for a full fiscal year.

Of the analysts covering JDSU stock, Dave Kang at B. Riley still sees the company as well-positioned to capitalize on an eventual recovery in the telecommunications space, although he has reduced his price target for the stock from $23.90 to $17.60. JDSU was trading at only $10.43 early on August 18 - valuing the company at around $2.4 billion, and down 50% over the past three months.