Windfall for Ruud family as the chip manufacturer acquires one of the leading exponents of outdoor LED lighting. 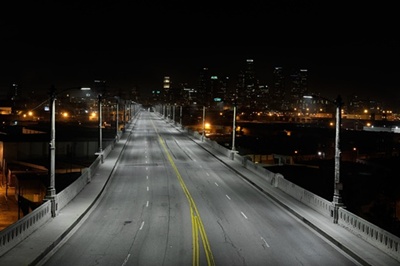 LED chip and lighting company Cree has greatly expanded its presence at the systems end of the supply chain with the acquisition of Wisconsin-based Ruud Lighting for a net cost of $525 million.

North Carolina-based Cree, which prior to the deal had listed more than one billion dollars in cash and equivalents on its balance sheet, is paying Ruud’s shareholders – largely founder Alan Ruud and his family - $372 million in cash, as well as just over six million Cree shares valued at $211 million. Ruud made revenues of close to $200 million over the past 12 months, with sales of LED-based lighting systems growing at a rate of 50% annually.

As part of the transaction, Cree will also pay off Ruud’s $85 million outstanding debt, meaning that the gross value of the acquisition is $668 million. But because the deal has been structured as a ‘deemed asset purchase’, the overall cost will be offset by approximately $143 million in future tax benefits.

The acquisition represents a financial windfall for the Ruud family. Alan Ruud, who founded the lighting company out of his garage in 1982, and owned a 25% share in the firm, receives $89.2 million plus nearly 1.5 million Cree shares. As the company’s CEO, he now takes a seat on the Cree board of directors.

His son Christopher, who was promoted to president of the company in 2009 and was closely involved with the launch of Ruud’s “BetaLED” product line in 2007, owned 35% of the company and receives $113 million cash and 1.84 million Cree shares. He will also remain with the company following the merger.

Ruud has been acquired previously – in 1997, Advanced Lighting Technologies bought out the company, only for Alan Ruud to buy it back just four years later.

Leading the revolution
Cree CEO Chuck Swoboda described the acquisition as “the next step in the LED lighting revolution”, highlighting Ruud’s development of the first viable LED streetlight product as evidence of the company’s expertise in the emerging field. “This is an extension of our current lighting strategy,” he added.

When added to Cree’s existing LED lighting systems business, which is now turning over some $80 million in annual revenues, the combined systems units should deliver annual sales in the region of $300 million – although not all of Ruud’s existing business is in LED lighting (it currently represents about 60% of revenues).

Ruud will add a lot more balance to Cree’s overall revenues, which have resulted largely from sales of LED chips and components up until now, a part of the supply chain where there has been strong pricing pressure recently, denting Cree’s profits.

There may be some concern that, as a component supplier moving up the value chain in lighting, Cree may be increasingly competing with its own customers. But Swoboda was quick to dispel such concerns. He believes that customers will still want to buy the best LED components for their own products, and Cree remains an acknowledged leader in terms of white-light emitters, particularly when it comes to energy efficiency.

Swoboda also pointed out that although such vertical integration might look radical in the modern semiconductor world, from which Cree has emerged, it is perfectly normal in the lighting industry. He cited the examples of Osram, Philips and Zumtobel as key lighting players operating at both the component and system level.

If we build it…
The real competition, insists the Cree CEO, is not so much rival LED companies as the traditional lighting technologies – and he firmly believes that with Ruud now part of the Cree empire, the company can accelerate the LED lighting revolution. Echoing the sentiment of the movie Field of Dreams, Swoboda said: “If we can accelerate adoption, then we will expand the market.”

Having Ruud on board should certainly help Cree do that. The company is a key supplier into a project in Los Angeles to retrofit 140,000 streetlights with LED technology – believed to be the largest such project in the US, and one that will save the city around $10 million each year in energy costs once completed. “The tipping point is near,” added Swoboda. “And instead of waiting for it to happen, we can make it happen.”

The expanded Cree is now likely to have annual revenues in the region of $1.2 billion, with Ruud’s strength in the North American market adding geographical balance to Cree’s strength in Asia. For the current quarter, which will include around 40% of full quarterly sales from Ruud (equivalent to about $20 million), Cree now expects to post between $265 million and $275 million in revenues.

• On what looked to be shaping up as another grim day on the stock market, shares in Cree had dropped around 10% in early trading following the Ruud announcement – possibly reflecting some concern that the acquired business have a slight negative impact on Cree’s overall gross margins.