Nervousness was on the increase even before the US credit downgrade caused chaos, according to Longbow Research. 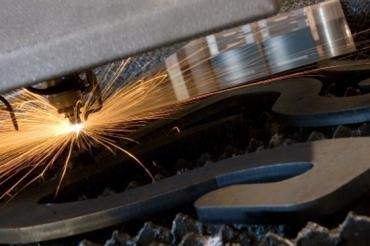 Although demand across the photonics sector remained strong in the second quarter of 2011, sources of uncertainty were becoming more numerous. The latest quarterly survey by Longbow Research landed shortly before the downgrade of the US credit rating led to turmoil across the world's stock markets, but contained signs that photonics vendors were already concerned and that the previous optimism had frayed.

Seventy-five percent of companies surveyed told Longbow that year-on-year demand was stronger in Q2, down from the 86 percent able to say the same three months earlier. The number reporting flat demand rose from 14 percent to 20 percent. Five percent were experiencing decreased demand, a situation which none had reported in Q1.

Mark Douglass of Longbow identified a number of contributory factors. "I don't see a double-dip recession, but rather a pause in capital spending activity as companies wait it out and see if demand is going to continue into the back half of the year. The slow global recovery and in particular weak US GDP growth and high unemployment, which is typically a lagging indicator but receives much attention, are all disconcerting to investors."

As a result, the pattern of trouble is sporadic. Douglass noted that as general manufacturing slows, optical telecoms spending has already entered a pause that may well become a decline. On the other hand, aerospace is just beginning its cyclical recovery, energy markets are still investing heavily and automotive is still recovering. But events of the last few weeks will inevitably have further dented confidence.

European doubts
Elsewhere, uncertainty about the scale of Europe's economic problems is worrying for companies with strong ties to the Continent. "The issues in Europe have been around for a while, but the bigger economic engines in the north, primarily Germany, have buoyed expectations," said Douglass. "Now with French banks exposed to Greece debt and Germany having to prop up the weaker Euro economies, there is definitely growing concern that the growth could be dragged down."

Longbow's figures showed that the Eurozone PMI, a general indication of economic health, decreased to 52.0 in June 2011 from 54.6 in May, indicating continuing economic growth but at a slower pace. China also showed a slight sequential decline to 50.1 in June from 51.6 in May but is still above the 50.0 threshold for expansion.

The US PMI reading showed some strength, increasing to 55.3 in June from 53.5 in May. Douglass noted that "PMIs track sequential expectations and it’s not unusual for it to slow in the summer. It is difficult to discern what’s really going on, as comparisons are getting much tougher after the torrid pace in 2010."

When the signs of economic recovery first appeared, it was clear that some photonics companies had undertaken improvements in their efficiency and business model which, it was hoped, would serve them in good stead. Several companies in the sector have emerged with better profitability and plenty of cash in the bank. It seems likely that this process will now come to a halt for a while, until the future becomes more clear.

At the same time, other stimulants for growth have also come to an end. "In the US, federal incentives are pretty much dead, defense spending looks rocky, and other federal departments such as the National Institutes of Health and the National Science Foundation probably won’t see robust growth in budgets as they have in the past," said Douglass. "However, Germany still appears committed to sending money towards photonics research, and China is apparently doing so as well as it builds out its universities and research labs. Japan might provide some growth too, as it recovers from the earthquake and tsunami, and rebuilds the battered regions."

Fiber providers
One sub-plot bubbling underneath the photonics headlines for months has been the prospect of serious competition in the fiber laser space, as a number of companies prepare to take on market-leader IPG for a share of a potentially lucrative market. Exactly what will happen remains tantalizingly unknown, according to Douglass.

"Rofin has released its long-awaited high power offerings and is apparently gaining some traction with certain OEM customers. Its orders were $16 million vs. sales of $10.8 million this past quarter, so a book-to-bill ratio of approximately 1.5 indicates interest. I think it remains to be seen how competitive they are. Coherent is set to release its products later this year, JDSU is entering into development with Amada, and of course Trumpf has its disk laser. But IPG is still the clear preference and probably has a considerable pricing advantage. How things will develop is still clear as mud."