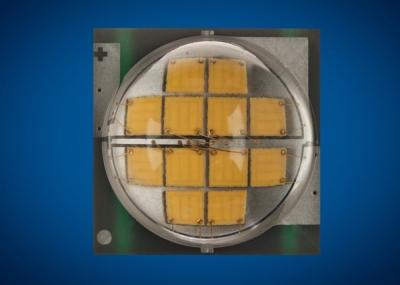 After a fiscal year that Cree CEO Chuck Swoboda called "successful and challenging" for the the LED lighting developer, the company's fourth quarter revenues ultimately landed at the top end of expectations.

Revenues for Q4 reached $243 million, down by 8 percent compared to the equivalent quarter of 2010, but a sequential improvement of 11 percent over the third quarter. Swoboda commented that he now regarded Q3 as having been "the bottom of the demand cycle." Full year revenues rose by 14 percent to $987.6 million.

Net income slumped by 63 percent year-on-year to $19.8 million for the quarter, as pricing pressures and economic uncertainty took their toll. Income for the full fiscal year was somewhat more robust, slipping by 4 percent to $146.5 million.

"This has been a year of continued progress driving LED lighting revolution, but the reality is that this industry is just getting started," Swoboda told analysts. "Although our success is expanding the overall market, we have only scratched the surface of what is possible at the LED systems level."

Over the coming year, one focus for the company will be to accelerate cost reductions and operational improvements, including the lower costs inherent in the switch to 150 mm LED wafers. "While we target 150 mm-based LED chips to be 30 percent lower cost than chips produced on 100 mm wafers, we forecast that we will see most of this benefit in the second half of fiscal 2012 after we have come up the learning curve in manufacturing and once we have converted a majority of products to the larger wafers," noted Swoboda.

Competitive environment
Wafer development played a part in Cree's increased R&D spending, which rose to 12.4 percent of revenue in Q4 2011 from 8.1% in the equivalent quarter last year. Other research breakthroughs included the recent demonstration of a white LED capable of delivering 231 lumens per watt in the laboratory.

Swoboda indicated that he was happy with the balance between the company's R&D results and its production business: "I feel very comfortable with our R&D results, and we are still setting standards that most people aren't expecting," said Swoboda. "This area has become a more competitive environment with everyone fighting for the same pieces of business, but we still have a lead against our main competitors. We have demonstrated capabilities significantly beyond what we are doing in production today, and the trick for us is to bring more of these R&D results into production. That's our challenge over the next year."

A focus on LED lighting should also insulate Cree from uncertainty in the TV backlight sector. "Cree has almost no exposure to backlighting, and it is not a big part of our plan," commented Swoboda. "We recognize that what happens in the backlighting sector does affect the wider market and that most people are braced for lower demand, but we are focusing on lighting and on creating business for high-brightness LEDs."

Cree shares rose by 10 percent after the results, in line with the generally more positive mood of the markets on the day of the announcement.