Non-cash gains played a part, but the pace at which UDC technology is coming to market is accelerating, says company. 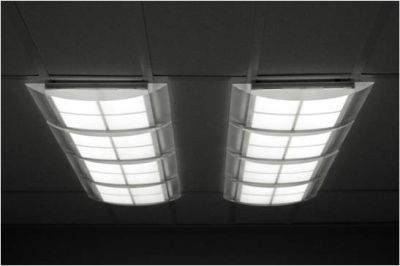 A substantial jump in commercial income of 170 percent year-on-year helped to make Q2 2011 the best quarter to date in terms of overall revenues for Universal Display Corporation. Total revenues for the quarter reached $11.3 million, a 33 percent increase compared to the $8.4 million for the same quarter a year ago and ahead of market expectations. "It's good to be able to talk about a growing business in this current economic environment," commented CEO Steven Abramson.

UDC saw its developmental revenues, those stemming from technology development and contract research, slipping by eight percent to $5.9 million. But this was more than offset by the triple-digit increase in commercial revenues, which rose from $1.9 million a year ago to $5.3 million, primarily on the back of increased commercial chemical sales and income from royalty payments.

The end result was a turn-around in the company's total net income, which improved from a $4.4 million loss in Q2 2010 to an income of $3.3 million for the quarter just ended.

A surge in commercial revenues reflects the accelerating pace at which products using UDC technology and materials are moving into the market, according to Abramson, who earlier predicted that 2011 could be the turning point for the OLED display market. "We are seeing increased demand for materials along with higher license revenues, especially relating to small form factor devices such as smart phones," he told analysts. "The bulk of our revenue is related to displays. The contribution of lighting technology to revenue is still not significant, although we continue to improve the efficiency, duration and luminance of our OLED lighting technology materials as we believe that this is an area that offers a tremendous market opportunity."

In line with previous quarters, stock warrant liability was a contributing factor to the company's figures, but in Q2 2011 this represented a non-cash gain of $4.4 million.

Cash and patents
UDC is sitting on $250 million raised by a public offering, although Abramson declined to be specific about what the company plans to do with the money. "We will continue to look into IP covering the technology and materials in the OLED stack, and adding to our portfolio," he said when asked about the funds. "And we are also looking at acquiring further IP in OLED lighting or flexible OLEDs, or in adjacent areas which may be be synergistic with our portfolio."

The CEO also pre-empted questions on two other topics of interest. "I can say that we are not today announcing a new long-term agreement with Samsung, since I know the question will come up," he said. "We are making progress in negotiations, and continue to work with Samsung under three-month extensions of our existing agreement, as we have for the last 14 months."

Patent disputes were also a topic of conversation, in the light of the recent filing of a dispute in Korea relating to UDC's organic vapor jet printing (OVJP) technology, and other claims against its phosphorescence patents. Abramson indicated UDC will take such matters in its stride: "We are aggressively defending our patents in these proceedings, as shown by the more than doubling of our patent-related expenses over the last six months to $2 million last quarter. Challenges to our intellectual property will be part of our business as the industry grows, and we are prepared to meet them."

Abramson noted that around half of UDC's development revenues in Q2 2011 were related to green emitters, even though no company has yet announced that it will be using green in a commercial product. UDC says that "more than ten customers or commercial partners are still evaluating our green color, although the development revenue was concentrated around a few of those partners in particular. But there is a strong leading indicator of potential commercial revenue coming from green emitters."

In line with prevailing stock market turmoil, UDC shares fell by 11 percent in the period following the announcement.