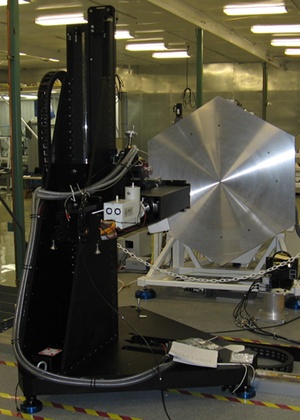 NASA is making some of the advanced optical technologies and expertise that it has developed over the past two decades available to private enterprise through a new campaign.

The “Can You See It Now?” campaign, launched through NASA’s Goddard Space Flight Center, includes wavefront sensing and adaptive optics technologies, along with related procedures, laboratory equipment and engineering expertise. The technologies were originally developed to support the Hubble and James Webb space telescope programs, and are expected to promote advances in microscopy, biometric imaging, sensors and refractive eye surgery.

Wavefront sensing is already widely used in refractive eye procedures, as it enables patient-specific corrective surgery by measuring the unique aberrations present in each individual’s eyes. But more recent developments made through the James Webb program – where wavefront sensing was used to measure the shape of mirrors during fabrication with extreme precision - promise to further improve those techniques. One example is a “scan and stitch” approach that enables more accurate metrology of contact lenses and intra-ocular lenses.

NASA’s official release on the partnership program said: “For firms seeking to actively develop adaptive optics systems, Goddard brings a set of proven software, components and design tools as well as a team of engineers able to adapt, extend and support these technology developments.”

“Collaborations with NASA Goddard can allow the transition from the lab to marketplace to be accelerated by leveraging NASA know-how.”

Retinal imaging
One company already using wavefront sensing technologies for ophthalmology applications is Imagine Eyes, based in Orsay, France. Its imaging tools can provide unprecedented cellular-level imaging of the retina – for example its “rtx1” camera, which began shipping earlier this year, shows fine detail such as cone cells and bundles of nerve fibers.

While the technology that its development has enabled will no doubt go on to find useful applications, the future of the James Webb Space Telescope (JWST) itself remains somewhat uncertain. As US politicians continue thrashing out a compromise deal over future spending cuts, the JWST was last month singled out by the Republican-controlled House of Representatives as a major target for cuts, after running significantly over its initial budget – with NASA’s management of the mission coming under fire.

Meanwhile on the engineering front, NASA says that all of the mirrors set to be launched as part of the JWST have now been polished by L3’s Integrated Optical Systems division in California. This part of the project is regarded as highly significant, as the mirrors must be coated to unprecedented precision: 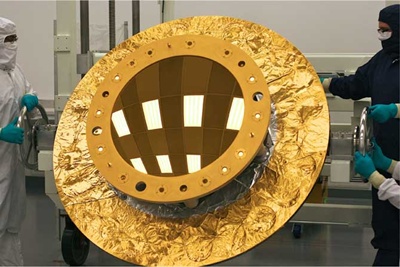 "The completion of the mirror polishing shows that the strategy of doing the hardest things first has really paid off," said John C. Mather, Nobel laureate and the JWST’s senior project scientist at Goddard. "Some astronomers doubted we could make these mirrors."

The next stage of mirror development, currently in progress, will see all of those mirrors coated with gold to reflect the distant infrared light captured in the most efficient manner. That coating stage is scheduled to be completed in early 2012, NASA says.