Though some exemptions have been granted, developers of optical glass must continue working towards full removal from the directive. 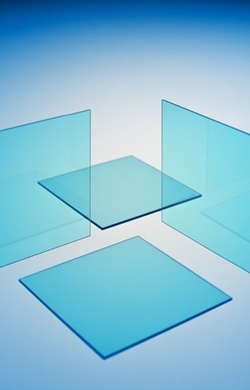 by Jacqueline Hewett
What does the growing pile of electrical waste across Europe have in common with developers of new optical materials, such as glass manufacturer Schott? The answer is of course the EU’s RoHS directive, or to give it its full title, the directive on the restriction of the use of certain hazardous substances in electrical and electronic equipment 2002/95/EC.

Details of this directive were first published in February 2003 and for many industries, not just optics, that’s where the headaches began. Although the directive was introduced in an effort to promote the recycling of electrical and electronic waste, the wording was such that many industries faced the daunting, and in some cases impossible, task of restricting their use of six materials to only tiny concentrations.

Now, eight years after the original directive was first unveiled, a new version of the text has just been published in a bid to provide clarification. This new version is informally called the ‘RoHS recast’, but has it done the optics industry any favors? Or are developers of optical materials still likely to suffer sleepless nights?

Back to the beginning
The key sentences in the original RoHS directive of 2003 state simply that: ‘Member States shall ensure that, from 1 July 2006, new electrical and electronic equipment put on the market does not contain lead, mercury, cadmium, hexavalent chromium, polybrominated biphenyls (PBB) or polybrominated diphenyl ethers (PBDE)’ with electrical and electronic equipment being defined as ‘equipment which is dependent on electric currents or electromagnetic fields in order to work properly’.

At first glance you might wonder what the problem is, but when you look closer at the implications, the general nature of the wording means that any optical system containing for example a laser, a lamp, or a detector has to comply with the RoHS directive because it uses an electric current.

Lead is present in optical glasses and cadmium in filter glasses, so the applications encompassed by the original RoHS directive ranged from laser corrective eye surgery instrumentation and fluorescence microscopy to the optics found in binoculars and even projection lenses used in cinemas.

Peter Hartmann, the Director of Market and Customer Relations for the Advanced Optics division of Schott in Mainz, Germany, was one of the first people across Europe to appreciate the scale of the problem. “I was astonished by how widely this would affect optical materials,” he recalls. “Because the RoHS directive is mainly aimed at waste and recycling, no-one realized that optical glass would be hit. If you are in the optics business, do you read EU directives on electronic waste? No -- that is one of the reasons that we didn’t recognize it early enough.”

Hartmann believes that the original wording needed to be more specific. “The EU needed to say which lead they did not want to have,” he explained. “The main issue was lead in solder, but using the word lead alone encompasses everything, including all compounds of lead as well as lead bound into a glass matrix. This is incredibly unfortunate, as the best thing you can do to take all hazardous substances out of bioavailability is melt them into glass.” 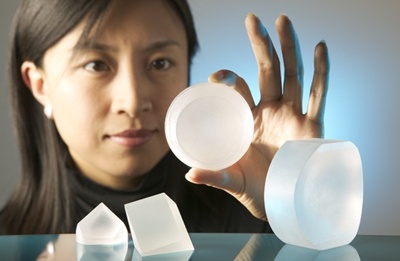 Exemptions and implications
With the problem identified, Hartmann and Schott together with Carl Zeiss and the German industrial federation Spectaris took the lead in lobbying the European Parliament to exempt lead- and cadmium-containing glasses from the RoHS directive. At the same time, developers of optical materials were anxiously trying produce lead-free glasses and find clever ways of replicating the properties that cadmium instils in filter glasses.

Although an exemption application was submitted by early 2004, it was not granted until October 2005 – a wait of 18 months. And to add to the frustration of all involved, the exemption period was unclear, so lobbying had to begin again to extend the initial exemption. Having applied in March 2008, the extended exemption was finally granted two and half years later in September 2010 with an expiry period of just four years.

These delays have led to a tremendous amount of uncertainty and anxiety, despite about 90% of lead-based glasses having been replaced with lead-free versions. One of the major issues is designing products with glass types that may well be forbidden in the future if further exemptions are not forthcoming.

“Committing resources to designing long-term products is just not compatible with this amount of uncertainty every two or three years,” said Hartmann. “At Schott, we have customers that have to guarantee spare parts for 30 years. These customers are defense and medical industry giants so it is a massive issue. There are a lot of nervous people.”

A second significant problem has been finding replacements for the lenses and filters used in fluorescence microscopes. This task has proved to be impossible, making the exemptions absolutely crucial for the advancement of the applications that rely on this technology.

“High-end fluorescence microscopes need lead oxide flint glass types because of their unique combination of high refractive index and partial dispersion with outstanding UV transmittance,” commented Hartmann. “Without lead glass lenses, the performance of fluorescence microscopes would decline and progress in many fields of medical research would stop. These statements have been confirmed by high-end microscope manufacturers. The consequences would be devastating.” 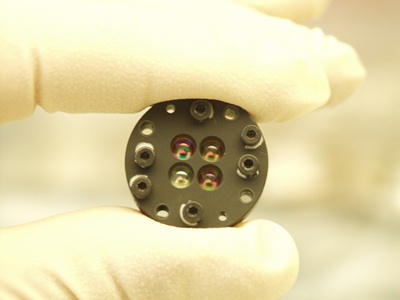 Resolved by the recast?
The text of the recast RoHS directive was finally published on July 1st 2011 in the Official Journal of the European Union (reference L174/88) and becomes effective as of July 21st 2011. In an ideal world, optical companies such as Schott were keen to see two key revisions in the text. First and most importantly that all optical materials, which encompasses optical glass and optical glass ceramics, be completely exempt from the RoHS directive with no expiry and second, that no additional substances are added to the prohibition list.

So, did the optics industry benefit from the recast? The short answer, unfortunately, is no, although there were some positives. “There is no doubt that the recast text has more clarity, but that doesn’t really help us,” said Hartmann. “We were very pleased to see that no additional substances have been added to the prohibition list, as there was talk of adding both arsenic and antimony, which would have had devastating consequences.”

In terms of exemptions, as a result of the recast, the good news is that lead and cadmium in optical and filter glass are now exempt until July 20th 2016 and the process by which parties apply for an exemption is more formalized.

“The expiry of exemptions continues to be detrimental as a sound basis for optical design,” explained Hartmann. “The decision process for granting exemptions with just a six month lead time before the expiry is simply too short. In fact, the situation could become even worse if the EU parliament and council use their veto rights. This could reduce the decision period to just two months. Optical glass is a crucial material. We need reliable, long-term availability. The threat that optical glass could be forbidden two months before an exemption ends is shocking.”

At the end of the day, the bottom line is still the same: providing exemptions for optical glass is not sufficient. Optical glass must be taken out of the scope of the RoHS directive.

Glimmer of hope
The one glimmer of hope on the horizon is that the EU plans to review the scope of the RoHS directive and materials on the prohibition list by July 2014. And going by the text of the recast, this could be the one chance that Hartmann, Schott and indeed the optics industry at large has been looking for.

“The recast contains 10 categories of equipment and devices that have been completely removed from the scope of the RoHS directive,” said Hartmann. “This includes photovoltaic panels, active implantable medical devices and equipment to be sent into space. We have to view this as a positive move, as it shows willingness on the part of the EU. I feel we are now in a better position to get optical materials added to this list.”

After eight years of lobbying Hartmann is still intrinsically optimistic that optical materials will be removed from the scope of RoHS. “We now know who to address and when,” he said. “If we are able to get our changes into the very first draft of the proposal, then I believe we have a good chance. The biggest issue is to get people aware of the problem and the serious economic and technical consequences.”

Holy simplicity
Scientists are first and foremost scientists, not politicians, so how does Hartmann cope with the endless frustration of trying to get one or two simple statements with such massive implications into the RoHS directive?

“You get accustomed to the frustration and our small victories, the two exemptions, are encouraging,” he says. “I like to quote Latin which translates to ‘Oh holy simplicity’. My bigger frustration is that more and more people have no elementary knowledge of everyday technology. People should not be proud of having no knowledge of science and technology.”