Made in Switzerland...inside a mountain

ESPROS Photonics has built a wafer manufacturing facility literally inside a mountain – from where it plans to make single-chip 3D cameras. 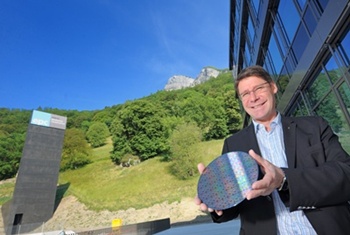 by Jacqueline Hewett
Quality, precision and innovation are the three hallmarks that customers have come to expect from any product displaying the label “Made in Switzerland”. In terms of optoelectronics, this sets the bar very high, but it’s a challenge that ESPROS Photonics Corporation (EPC), a relative newcomer to the optics industry, is rising to.

So what makes EPC special? In short, the answer has to be the company’s unique combination of design, technology and production facilities. EPC’s manufacturing base lies deep in the heart of the Swiss Alps – literally. From its 2,700 m2, class 1 “mountain fab” and 500 m2 class 1000 back-end cleanroom, the company manufactures a range of optoelectronic devices including photodiodes and on-chip 3D-time-of-flight (TOF) cameras.

As the company begins to ramp up its volume and diversify, EPC and its technologies have begun to get noticed. Although the initial target market for these devices is industrial sensing, the levels of performance being achieved have caught the eye of a European space agency and researchers pioneering fluorescence lifetime imaging microscopy (FLIM) - suggesting that EPC is one to watch.

Formed out of necessity
The EPC story started 25 years ago when Beat De Coi founded a company called CEDES to provide optical sensors – what the company has dubbed 'optosensoric solutions' - for doors, gates and elevators. These unseen safety products include the likes of so-called 'light curtains' designed to prevent automatic doors, such as shutters or elevator doors, closing on people or objects. 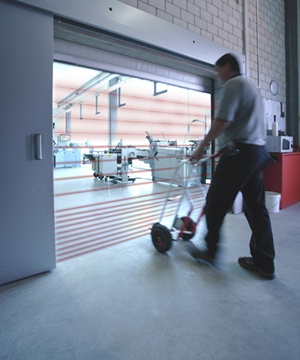 “The more innovative our products became at CEDES, the more we struggled to find suitable semiconductors on the market,“ recalled De Coi, now EPC’s CEO. “Industrial light barrier and curtain applications are under huge cost pressures and the industry was constantly searching for better parts such as photoreceivers and electronics. Our initial plan was to create an internal supplier for CEDES, but this rapidly changed to an independent semiconductor company with products and services specifically tailored to industrial needs, as many others were searching for the same thing.“

And so it was that De Coi founded EPC in late 2006, with the company starting operations in 2007. Following a concerted effort on chip design, EPC started selling its first generation of products early in 2010 and has not looked back. The company now employs around 50 people at its Swiss headquarters and earlier this year officially founded a subsidiary in China which employs a further ten staff working on chip design.

“We have done an incredible amount in a very short space of time, especially to achieve our levels of device performance,“ commented De Coi. “We started at the low-end and produced basic devices such as photodiodes. In parallel, we established a team of around 30 chip designers to work on new products.“

Today, EPC sells three generations of chips: those based on pure electronics for use in applications such as light barriers; optical chips such as photodiodes; and finally 3D TOF camera ICs that combine the core optical element with highly integrated electronic circuitry on a single chip.

The company’s latest offering is one that De Coi and Enrico Marchesi, EPC’s head of marketing and sales, are particularly excited about. “We will release our first TOF chip in Q4 this year, which will be part of our 6xx imager family,” said Marchesi. “This product is a fully functional 3D camera on a chip. As well as the actual imager core and signal processing, we have integrated a complete power supply, EEPROM [non-volatile memory] for specific configuration, high-current LED drivers and a user interface for push-button operation onto a die measuring just 2.5 x 2.5 mm.”

Technical innovation
How does EPC manage to pack this degree of functionality into such a tiny area? Although there are some tricks that the company will not disclose due to impending patent applications, De Coi does reveal some core competencies.

The starting point is a standard 150 nm CMOS baseline technology node, but after that, EPC begins to introduce multiple aspects of its unique design. For example, it uses float zone (FZ) silicon instead of conventional silicon, due to its higher purity. As a consequence, the dark current in the devices is greatly reduced and the company can implement a series of tricks to fully deplete the optically active regions.

Although the 50 µm-thick die are sensitive to light between 350 and 1050 nm, EPC has chosen to optimize them to be extremely sensitive in the near infrared (NIR) range from 700 to 1050 nm. Thanks to backside illumination, they also achieve a 100% optical fill factor. 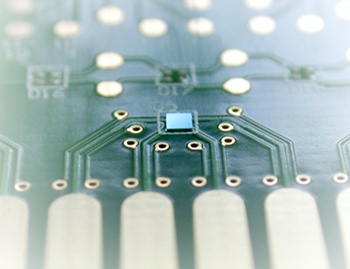 “The junction of the photodiode is the whole thickness of the chip,“ commented De Coi. “Photons which enter deeply into the chip create charge carriers, which are collected by the electrodes in the circuitry. The overall end result is that our devices have a quantum efficiency above 95% in the NIR.“

“Our products are not necessarily high-end or high-cost, but certainly high-precision,“ added De Coi. “Due to the application-specific design and the high integration, the final system cost may be lower than conventional products while offering far superior performance. Good examples are our EPC1xx light-curtain chips. A conventional design has typically 40 to 60 electrical components. Our design enables a device with just five components.”

Dynamic range
With a suite of products now in hand, De Coi intends to stick primarily to the company’s roots and deploy the technology for industrial sensing tasks with a 3D aspect that require a high-sensitivity detector. However, given the level of performance that the photodetectors in particular can achieve, it might not be long before the company faces some tough decisions as to which applications to pursue.

An impending contract to work with a European space agency is a good example. “This will be a new branch for us: high sensitivity, high-resolution imaging. All of a sudden, the agency was at our door wanting to do business with us,” said De Coi. “Our products will be used for satellite-based Earth observation. This application requires a high dynamic range, to cope with pitch-black areas in the same image as highly reflective bright sunlight spots, and our technology is ideal.”

EPC is also working with researchers at the Swiss Center for Electronics and Microtechnology (CSEM) on FLIM. “In FLIM, the effects are fast and there are low light levels so our technology is of interest,” said De Coi. “It is another ideal combination. We are working with CSEM on the development of appropriate devices to push FLIM technology forward. This could well be another arm of the business.”

All things considered, the future looks very positive for EPC. The company will concentrate on three areas: standard products, customer projects, and its foundry business. At the moment, EPC uses a foundry partner to process wafers and performs the testing, backside processing and packaging in-house. But with the mountain fab progressing, that looks set to change.

“We use the turnover from our standard products to finance our undertaking,” said Marchesi. “We view our customer-specific projects as our radar. Through these activities, we can screen the market, get ideas and learn about applications and products that will fill our fab in the long run. Our aim is to have the fab fully operational in two years. We are open to new opportunities.”


Fab thinking
Marchesi explains the thinking behind the decision to site the fab in such an unlikely-sounding location: “It may sound exotic and expensive at first glance, but actually the main reasons for the mountain fab are of a financial nature,” he says. “First, vibrations. We are on solid rock inside the mountain so any additional – and usually very expensive - measures to isolate the lithographic processes from external vibration sources are unnecessary.“

"Second, climate. The air in the mountain stays constant at 14°C throughout the year, and so maintaining operating conditions is significantly cheaper inside the mountain. Third, land use. We did not need to purchase the land - only some minor governmental royalties similar to a mining project were due. All put together there was simply no way to build and operate this fab at lower cost.”

What’s more, there was an enviable bonus for any fledgling company - particularly in these uncertain financial times - when EPC sold the excavated material to the construction industry, generating a seven-digit return. With entrepreneurial thinking like that, EPC could go far.

• Anybody wishing to find out more about EPC‘s Alpine fab at first hand can do so thanks to an “open doors day” being held by the company on Saturday 3rd September 2011. To find out more, click here.