As margins are hit by weak economies and high materials prices, Philips revises down its growth expectations for the lighting market. 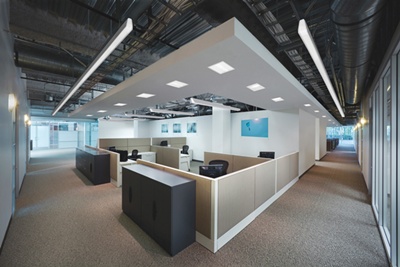 Pricing pressure and increases in raw materials costs have badly impacted Philips’ lighting business in the second quarter of 2011, off-setting a 21% year-over-year increase in sales of LED-based lighting products.

The giant company, headquartered in The Netherlands, posted revenues of €1.78 billion from its lighting business for the three months that ended in June. Although that represents a decline from €1.86 million in the equivalent period in 2010, Philips said that “comparable” sales were actually slightly up, and that the company was hit by unfavorable currency fluctuations.

But the real impact was felt on the company's bottom line, with a €1.4 billion impairment charge relating to lowered growth expectations leading to a net loss of €1.2 billion for the second quarter.

Philips CEO Frans van Houten added that the weak performance reflected a “sluggish post-crisis environment”, with the company now intending to raise prices to restore its margins. Despite that, the growth in LED-based general lighting applications has been strong, with consumers in Japan said to be buying the new technology to help mitigate the impact of restrictions on electrical power supplies following the earthquake and tsunami in March.

But because of the slower-than-expected recovery from the economic crisis, and the uncertainty generated by worries over debt burdens and austerity measures around the world, Philips has revised downwards its expectations of growth for the lighting market over the next few years.

Whereas it had previously forecast compound annual growth of 7-9% between now and 2015, Philips is now anticipating only 5-7%, with the annual global lighting market reaching a size of around €80 billion by mid-decade – and with LED-based technologies accounting for just under half of the market by then. The current level of LED penetration in general lighting is estimated at below 5%. 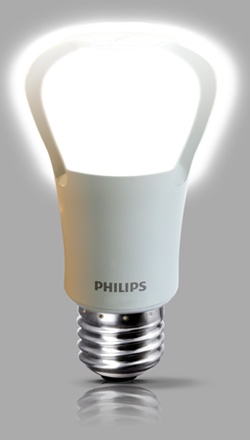 Display backlighting drags on Lumileds
Although the chip-manufacturing subsidiary is benefiting from the migration to solid-state lighting in general, in the latest quarter that was more than offset by much lower sales into the more volatile displays sector, where LEDs are now widely used in television and monitor backlights.

Those backlights have recently come to represent a large proportion of the LED market, and with the industry currently undergoing a major inventory correction, sales into this sector were described as “very disappointing” by the Philips management team, although it did not provide a breakdown of sales by application sector.

Led by van Houten, that team has now brought forward a series of measures aimed at slimming down the Philips bureaucracy to make the firm more agile, innovative and profitable, and accelerating the global move towards LED-based lighting.

A major part of those measures is a €500 million cost-cutting plan to reduce overheads amid growing economic uncertainty, although investments in LED development will be maintained as Philips looks to keep its leading position in LED-based lamps and luminaires. One example of current investment is the migration to LED chip fabrication on a 6-inch wafer platform, which van Houten said would make its LED products “far more competitive”.

That switch ought to help with the industry’s wider goal to reduce LED lighting costs. Philips’ latest LED light bulb, the 17 W EnduraLED product launched at the Lightfair industry show in May, offers an 80% reduction in energy consumption compared with the 75 W incandescent that it is slated to replace when launched in the US later this year. However, with an expected price tag of between $40 and $45, and consumers reining in spending, the need for further cost reduction looks clear enough.