London-listed owner of Ocean Optics and Labsphere buys the contract manufacturer from its venture owners and employees. 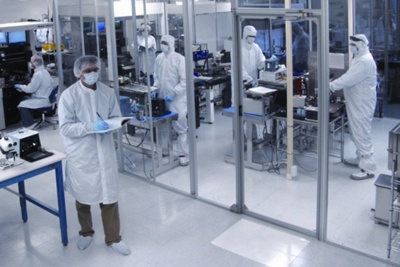 Halma, the UK holding company that owns the Ocean Optics and Labsphere businesses, has increased its presence in the optical technology sector with the acquisition of the contract manufacturing company Avo Photonics.

Halma has bought Avo from venture investor Blaine Hobson of Whitecap Partners and other shareholders, including employees, for an initial $9 million in cash, with the potential for a further $2 million earn-out. Avo’s filings with the US Securities & Exchange Commission (SEC) indicate a series A investment round of $1.8 million that was concluded in February 2005, with named investors including the Whitecap affiliate Whitecastle Investments, and also Zon Capital Partners.

Avo provides custom design and contract manufacturing services for both optical and RF components across military, medical and communications applications, and was founded in November 2003 by Joseph Dallas and David Winick. According to Halma’s statement announcing the move, Avo’s senior management team will remain with the company after the transaction is completed.

Earlier this year, Avo completed a 7000 ft2 clean room expansion as a result of increased demand from customers wishing to move their optoelectronic designs into volume production. One of the projects that it had been working on was a collaboration with Ocean Optics, and Halma’s chief executive Andrew Williams highlighted in a statement that the addition of Avo would give all of Halma’s photonics businesses access to its advanced manufacturing processes.

The acquisition should also add immediately to Halma’s profitability, with Avo posting a pre-tax profit of $1 million on revenues of $5.7 million in the 2010 calendar year.

Exceeding targets
In its recently announced financial results, for the year ended April 2, Halma said that its photonics division had “comfortably exceeded all key performance indicator targets” as demand strengthened across several of the niche markets that it serves. One of those is in spectroscopy - Ocean’s primary area of expertise - where the parent company is expecting the market to grow at a compound annual rate of 6% between now and 2014.

In Halma’s corporate structure, the photonics businesses sit within the “Health & Analysis” division. Thanks to the strong growth witnessed in the latest financial year, partly due to photonics, that reporting segment has now become Halma’s largest earner - having contributed £218 million (up 23% from the prior year) to the company’s overall sales of £518 million (up 13%).

In his statement accompanying those results, Williams had said that the company would “continue to seek value-enhancing acquisitions”, and with pre-tax profits of nearly £105 million and a revolving credit facility of £165 million Halma remains in a strong position to continue making such moves should it wish to.

Since April 2011, photonics has been represented on the Halma executive board by Rob Randelman, after he was promoted from his previous role as president of the Ocean Optics business. Prior to that, Randelman was the VP of sales at Ocean.