A quarter of a century after it opened, Laser Zentrum Hannover looks towards future research in energy, mobility and life sciences. 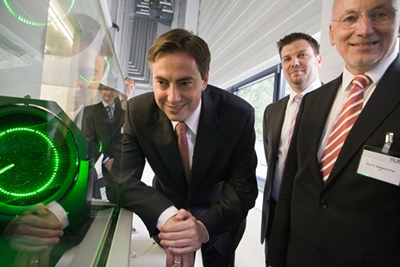 Laser Zentrum Hannover (LZH), the influential German institute that develops laser applications across a wide range of interdisciplinary topics, celebrated its 25th birthday last week with a visit from the Prime Minister of Lower Saxony.

One of 300 guests at the event, David McAllister toured the LZH site on June 15, and in a speech he underlined the role that the center has played in both economic and scientific progress since it first opened its doors in 1986.

During that time, the center has been central to the development of laser production processes now widely used in applications such as automotive manufacturing.

Although all of LZH’s projects have their roots in basic research, the resulting economic benefits are evident through the establishment of 18 spin-off companies, with a total of 500 employees, since 1986.

The majority of those spin-offs have been created in the past decade, for example the femtosecond laser micromachining company Micreon (2003), Q-switched doped-pumped solid-state laser specialist neoLASE (2007), and H2B Photonics, which developed a laser glass cutting process and has been acquired by Rofin-Sinar since its 2005 spin-out.

But although laser manufacturing is an obvious area of expertise at LZH, it is by no means the only one. Other recent spin-offs include Rowiak, which developed a femtosecond laser platform with medical and pharmaceutical applications, and the extreme UV source company Phoenix EUV Systems. And in July last year, the laser-produced nanoparticle manufacturer Particular began operations. 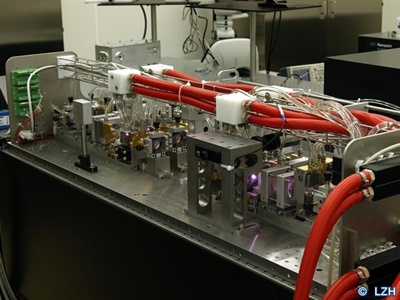 Laser mission to Mars
While LZH remains closely involved in various scientific applications – one example being a combined Raman and laser-induced breakdown spectroscopy (LIBS) tool that will search for signs of organic life on Mars as part of the ‘EXOMARS’ mission planned for 2018 – laser production remains its core area.

And here the focus is now on developing laser applications to produce composite, or carbon-fiber reinforced plastic (CFRP) materials – seen by many as the lightweight “materials of the future” that will eventually supplant metals in a wide range of applications.

One of those applications is expected to be transportation, where composites are set for use in lightweight automotive and aerospace designs. But composite machining currently relies on conventional tools, and LZH is one year into a three-year project looking at the impact of thermal damage and other effects on laser-processed CFRPs.

Beyond that, LZH is looking at global challenges to inspire its next wave of applications – including those facing the energy, security and life sciences sectors. Examples include laser structuring of thin-film CIGS solar cells, laser welding of glass tubes used in solar thermal collectors, and microstructuring of new types of biomedical components.

Laser-printing stem cells
In the life sciences area, LZH is part of the “REBIRTH” cluster for regenerative therapies, including stem cell research, which was set up by the Hannover Medical School in 2006. Last year, a team from the cluster came up with a laser-assisted “bio-printing” method that can produce different types of cells, including fat, bone and cartilage. 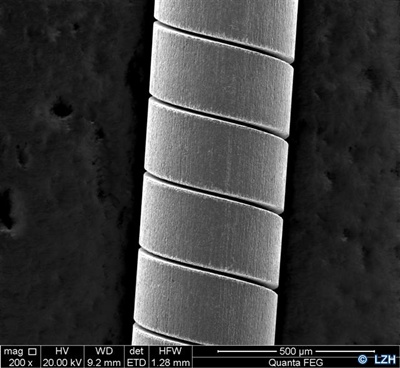 LZH is also part of a research alliance at the Lower Saxony Centre for Biomedical Engineering and Implant Research in Hannover awarded €27 million from the German Council of Science and Humanities in July 2010 towards a new research complex in Hannover’s medical park.

Although the precise nature of its laser applications may be changing, something that will not is the LZH approach to developing them. Speaking at the anniversary event, Karsten Danzmann, director of the Max-Planck Institute for Gravitational Physics, also based in Hannover, emphasized that basic research must always come first, followed by scientific applications before transfer into industry.

Detecting gravitational waves with huge interferometers might not initially seem to be the most commercial of topics, but the high-precision metrology instrumentation developed for this area of science already has potential for applications in climate research, said Danzmann.