More than a dozen photonics technologies are named in the magazine's latest list of the top 100 technology developments. 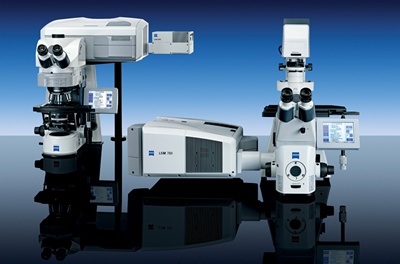 The awards highlight the new technologies that may have the biggest impact on everyday life around the world, although it is heavily biased towards laboratories and companies in the US, which accounted for more than 80 of the 100 award winners this time around.

The list regularly includes numerous photonics innovations and this year is no exception, with new imaging technologies featuring prominently. Those include the LSM780 confocal laser scanning microscope from Carl Zeiss, featuring a high-sensitivity GaAsP detector and a 355nm CW laser, a dual-lens 3D camera from Panasonic, and the “SLIDER” optical streak camera developed at Lawrence Livermore National Laboratory.

The LLNL camera, which can record pulsed signals with picosecond resolution, is not yet a fully-fledged product, and in fact the laboratory was earlier this year offering companies the opportunity to license and commercialize SLIDER, which stands for “Serrated Light Illumination for Deflection Encoded Recording”.

In the defense, security and sensing area, this year’s R&D 100 winners included the Argonne National Laboratory's photoacoustic spectroscopy system for remote detection of explosive chemicals, and an airborne LADAR system developed at the MIT Lincoln Laboratory. Analytical technologies to win were Thermo Fisher’s “Evolution” UV-visible spectrophotometers and a multimodal optical nanoprobe devised at Brookhaven National Laboratory and now being commercialized by the Swedish company Nanofactory Instruments.

Solar initiatives
In the realm of “green photonics”, the US National Renewable Energy Laboratory (NREL) won two awards, one for so-called “silicon ink” – a method for improving solar cell efficiencies now commercialized by Innovalight, and which recently won $3.4 million via the SunShot Initiative for future work. NREL was also recognized for its “optical cavity furnace”, in conjunction with AOS Solar.

In addition, the R&D 100 listed Energetiq Technology’s EQ-99 laser-driven broadband light source, now being used in spectroscopy equipment and also the winner of a Prism Award at the Photonics West event held in January 2011, while arguably the most commercial winner was Mitsubishi Electric’s giant organic LED display technology, sold under the “Diamond Vision” brand.

Past R&D 100 winners have included such revolutionary technologies as the fax machine and the anti-cancer drug taxol, and in the photonics area key breakthroughs including the liquid-crystal display (now estimated to be responsible for around a quarter of the entire photonics market) and halogen lamps.

Not all of the award winners have gone on to achieve commercial success, however. For example, InPhase Technologies' “Tapestry” technology for holographic data storage won an R&D 100 Award in 2002, as well as a “Best of What’s New” gong from Popular Science magazine in 2007. But for all its technical merit, and some early commercial traction, holographic storage has been superseded to a large degree by electronic media and network storage, and InPhase was forced into a restructuring last year after the venture firm Signal Lake acquired a majority stake in the company.