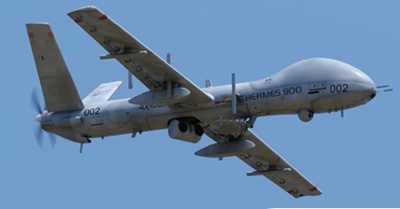 According to Elbit, the order was placed by an unspecified Asian country to help protect its coastlines. It will kit out dozens of maritime patrol aircraft with Elbit’s “CoMPASS” (Compact Multi-Purpose Advanced Stabilized System) payloads, which include four major electro-optic elements – thermal imaging, a color TV camera, a laser rangefinder/designator and a laser target illuminator.

Adi Dar, the general manager of Elbit’s electro-optics division, known as ‘Elop’, indicated that the multi-sensor system was becoming a popular choice for both airborne and naval patrols, saying: “Due to the increasing demand, Elop has doubled the quantity of payloads manufactured for integration onboard maritime patrol platforms.”

Despite that strong demand and other recent deals such as a $9.6 million order for 150 laser target designators from the US Marine Corps System Command, and a contract with Boeing to develop new types of head-up displays for the US Air Force, Elbit’s electro-optics division has seen a significant decline in sales in recent months.

In the first quarter of 2011, the company posted electro-optic revenues of $64.8 million, representing around 10% of Elbit’s total sales. But that figure represents a drop of 20% from the opening three months of 2010. The sequential decline in sales from the division was even more pronounced, falling from $135.5 million in the closing quarter of 2010.