One year on from the catastrophic oil spill, SPIE's Defense, Security + Sensing Symposium will show how photonics provided an instant response. 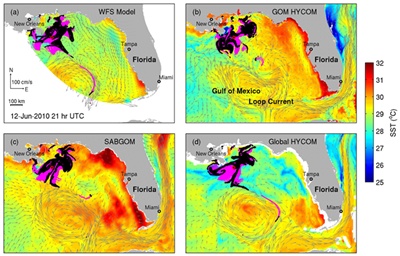 Almost exactly a year on from the Deepwater Horizon oil spill in the Gulf of Mexico, the optical technologies that helped to monitor and track the oil slick as it spewed from the ocean floor will be one of the highlights of next week’s Defense, Security and Sensing (DSS) Symposium.

Hosted by SPIE, the DSS event brings together a huge range of technological themes under one roof, with applications ranging from laser radar and biometrics, to agricultural quality control and sensing explosives. But a topic that is sure to draw the crowds this time around is the Deepwater Horizon response, which will form part of two DSS sessions dedicated to monitoring of oil spills.

Deepwater presented a number of technical challenges. For example, while the oil that rose some 1500 meters to the ocean surface could be monitored by satellite-based visible, infrared and radar imagery, much of the oil in this case remained below the surface, at depths beneath 1000 meters and presenting a quite different technical challenge.

Among the optical technologies that were used to probe the sub-surface spill was fluorometry. Combined with dissolved-oxygen measurements, that data could then be used to locate oil in the water column. At DSS, Richard Crout from the National Oceanic and Atmospheric Administration will present an invited paper highlighting the technologies used, including a laser in situ scattering transmissometry technique that analyze the slick from an aircraft.

Of course, many non-optical technologies also played a key role, as well as computer models that predicted the expansion and movement of the slick – despite an absence of key information such as the flow rate at which oil was pouring out of the damaged wellhead at the height of the disaster.

In fact, this combination of optical imagery and computer modelling was implemented immediately following the spill, as detailed in another DSS paper, this time by a team based at the University of Southern Florida. In it, the team stresses that the rapid response enabled by the dissemination of their forecasts of the oil slick's spread makes it essential that they are sustained for future incidents.

A different kind of airborne laser
Away from oil spills, other papers at the event - at which more than 6000 attendees are anticipated - will highlight the increasing use of quantum cascade lasers (QCLs) and Raman spectroscopy in security applications, while there is also a medical side to the conference – where developments in imaging techniques to study brain trauma and to detect cancer will feature. 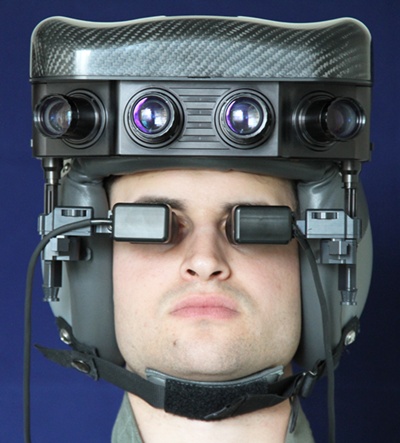 One topic that may also draw some attention will be the demonstration of the first so-called “air laser”. A Princeton University team under Richard Miles will show how high-gain infrared lasing in air at atmospheric pressure can be achieved. Based on a double two-photon process taking place in the focal region of an ultraviolet laser – which both dissociates molecular oxygen, and pumps the dissociated oxygen atoms - the result could lead to an entirely new approach to remote detection, for example by incorporating Raman analysis.

In tandem with the technical conference sessions, the 500-company exhibition features many of the big names in the defense sector, as well as some relatively unknown ones – such as recent optics.org interviewees TeraDiode, a Massachusetts start-up working on a new approach to combining semiconductor laser beams that could feature in future directed energy applications.

Among the others will be California’s SA Photonics, which will be showcasing a new high-resolution, head-mounted display for use by both military and commercial pilots. SA Photonics says that the technology combines the power of night vision with better resolution and a wider field of view for pilots, enabling them to “own the night”.