Texas Instruments' cash acquisition of National Semiconductor will give it an even larger share of the fast-growing market for LED driver ICs. 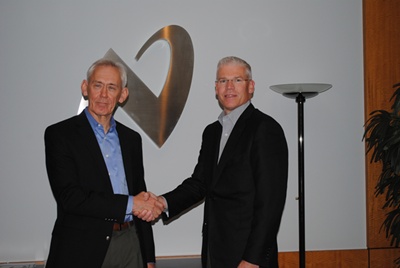 The planned acquisition of National Semiconductor by its larger rival Texas Instruments (TI) will give the combined company a 25% share of the fast-growing market for LED driver circuits.

That’s according to analysts at the research company IMS Research, who estimated the value of that market at close to $1 billion in 2010.

On April 4, TI announced that it would acquire National for $25 per share in cash, valuing its smaller company at about $6.5 billion. The motivation behind the deal is primarily National’s expertise in the analog and power semiconductor sectors. TI estimates that, together, the two companies claimed around 17% of the $42 billion market for analog semiconductors in 2010.

Although National does not make any photonic components, it does – like TI - produce a wide range of driver circuits that are used in solid-state lighting and other LED applications. These include products such as constant-current regulators, which help to stabilize the color output from an LED by minimizing variations in drive current.

According to IMS Research, TI and National ranked #1 and #2 respectively as the world’s two biggest manufacturers of LED driver ICs in 2010. The analyst firm estimates the combined share of the two at 26% of the total market, of which TI accounted for 19%. Other companies competing for market share in the growing sector include major semiconductor device manufacturers such as Fairchild, Renesas and ON Semiconductor.

Quoting figures from IMS’ forthcoming report The LED Driver IC Market 2011, analyst Jamie Fox from the company said: “The new combined company will be four times bigger than its nearest competitor in this high-growth market, which was worth nearly $1 billion in 2010”.

If approved by market regulators, TI’s takeover of National will create what is expected to be the world’s third-largest semiconductor device manufacturer. After the takeover plans and TI’s valuation premium were announced, National’s stock price jumped from around $14 per share to $24.

The boards of directors of both TI and National have approved the deal, which TI is planning to fund with a combination of its existing cash balances and debt. However, the acquisition process will take some time. It requires a review by both US and international regulators, as well as approval by National's shareholders. TI says that the transaction is expected to close in six to nine months.