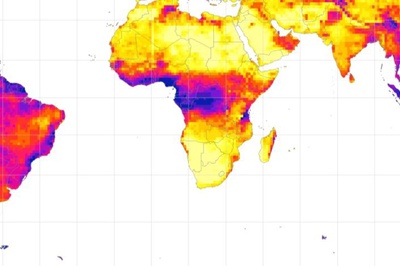 The concentrated photovoltaics (CPV) division of the French semiconductor company Soitec has built a 500 kW installation that is helping to power the latest United Nations conference on climate change, taking place over the next two weeks in Durban, South Africa.

South African president Jacob Zuma will officially open the plant, which is located 25 km from Durban and feeds electricity into the local area’s power grid, on December 4, says the company.

Soitec will also demonstrate the technology with a full-size tracker at the 17th annual Conference of the Parties (COP17) Climate Change Response Expo, adjacent to conference site. That tracker will be used to charge up electric vehicle batteries.

With its extremely sunny climate, South Africa is one of the most suitable locations in the world for CPV, which can produce high yields of solar electricity at times of peak demand but requires clear blue skies to operate effectively.

And with no need for cooling water, lower land use compared with other PV, and good performance in high ambient temperatures, the technology is also well suited to the South African climate and environment.

Last year, Soitec installed a much smaller CPV facility in the country, with a 60 kW system located at the Aquila Private Game Reserve in Touwsrivier. “This is the initial step in developing large-scale solar power projects in South Africa,” said the company at the time, adding: “It is the intention to not only provide much needed power for South Africa but to also to participate in the creation of a South African solar industry where the local economy is the chief beneficiary.”

Since then, Soitec has agreed some much larger installations in southern California, where it is also set to build a large new facility for CPV module and Fresnel lens manufacturing.

South African solar: ready for take-off?
In its photovoltaics industry report published this month, Switzerland-based Bank Sarasin said it had identified the South African market as “ready for take-off” as early as 2009, describing the combination of plentiful sunshine with a €0.35/kWh feed-in tariff as “very attractive”.

“Despite this, not a great deal has happened since then with regard to PV installations,” wrote its analysts. “Perhaps 45 MW of capacity has been installed in 2011.” However, the pace of installations could change following the approval of South Africa’s “Integrated Resource Plan” earlier this year. That plan calls for installation of 8.4 GW of solar generating capacity by 2030, with the risk/reward profile for investors described by Bank Sarasin as “relatively attractive”.

That said, the country remains at a very early stage of development regards solar technology and has other issues to resolve: “Unfortunately the processes are not yet well-established and the government sometimes takes dubious decisions,” reported Bank Sarasin. 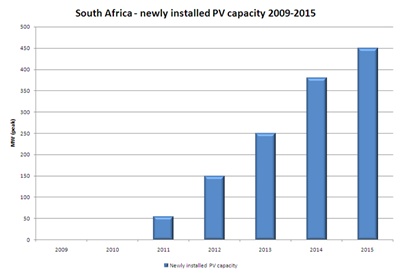 But with an urgent need for more electricity production capacity, the country is still seen as having enormous potential and as a PV market that will grow quickly once relevant administrative processes are functioning properly.

With its extremely high levels of sunshine and the speed with which concentrator facilities in particular can be constructed – Soitec says that the new 500 kW plant near Durban was completed in just one month through collaboration with local construction company Group Five – South Africa may yet turn out to be a major market for CPV technology.