Small Business Innovation Research (SBIR) program could disappear this week if Congress takes no action to extend its deadline. 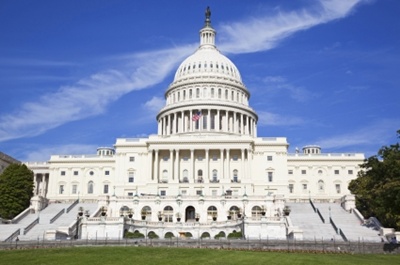 SPIE, the international society for optics and photonics (disclosure: and also the owner of optics.org), is urging support for a Senate-backed long-term extension to the Small Business Innovation Research (SBIR) program in the US.

The program, which has supported scores of emerging photonics companies in its history, is under threat again, with the most recent in a long line of temporary extensions set to expire on November 18. A House of Representatives version of the bill covering SBIR funding calls for a number of changes opposed by the Democrat-controlled Senate, including only a five-year reauthorization, and with Congress at an impasse, there is a danger that the program may simply expire.

“If Congress takes no action, the program to aid small businesses and start-ups will end, eliminating a vital stream of new jobs and economic growth,” said SPIE in its statement of support for the Senate version of the SBIR reauthorization bill, which would extend the program for eight years.

Last month, eleven senators signed a letter requesting that the House of Representatives omit sections of H.R. 1425 from its version of the bill – compromises also backed by the Biotechnology Industry Organization, among others. Differences of opinion include the degree of access that companies backed with private equity can have to SBIR funds, and the House-proposed scale-back of early-stage “Phase I” projects.

“SBIR has been recognized as a highly effective program that encourages entrepreneurs to develop high-tech products that will keep our economy innovative and be competitive in the 21st century,” states the letter.

Meanwhile, SPIE points out that technologies such as Nanosolar’s thin-film PV were backed by a DARPA-funded SBIR program, along with night-vision goggles developed by OPTICS1. The society’s engineering, science and technology policy committee chair Bob Lieberman said that there were “countless examples” of the positive impact of the SBIR program on the US economy.

“It is a well-recognized fact that small business is the primary engine for job creation,” Lieberman says. “This is no time to jeopardize our economy further by eliminating the program. A long-term reauthorization of the program is long overdue, and is critical to helping small business succeed in the current economic climate.”

Private equity involvement
The senator-signed letter points out that the SBIR program is not a simple government hand-out, adding that the proposed House changes will actually divert the same funds to less-deserving projects: “The greatest strength of the SBIR program is that it is merit-based, not quota-driven, ensuring that taxpayers’ dollars are invested wisely and that small businesses with the greatest potential to grow are given that chance.”

The signatories, who include John Kerry and Joseph Lieberman, also say that another House proposal that is designed to save money – allowing recipients to avoid Phase I grants by moving directly to Phase II – will actually have the opposite effect. “Skipping Phase I would mean that the government would be spending $1 million of taxpayer dollars and a wait time of up to two years to find out whether a technology was promising – instead of of $150,000 and six months,” they wrote.

The House proposals would also allow for a larger proportion of SBIR funds to go to organizations backed by private equity groups than the Senate version does.

In the text of the H.R. 1425 bill entitled “Reauthorization of the SBIR and STTR Programs”, which is sponsored by the Republican representative Renee Ellmers, SBIR project funding would be increased at both the Phase I and Phase II stages, while up to 45% of SBIR funds distributed by the National Institutes of Health (NIH), the Department of Energy, and the National Science Foundation could be awarded to small businesses that are majority-owned by private equity – including venture capitalist groups and hedge funds. Other federal agencies would be permitted to award 35% to such companies through their SBIR schemes. In the Senate's bill, those percentages are cut to 25% and 15% respectively

SBIR history
The SBIR program is widely acknowledged to have been a great success – it has been imitated around the world, most recently in Saudi Arabia. But in recent years the program and its reauthorization have become stuck in the mire of legislative process.

That is not so much a result of partisan political divisions as it is a diversity of opinions over matters like the precise role that private equity companies can play in the program. Unfortunately, that hasn’t stopped SBIR funding being used as a political “bargaining chip” by the Senate, for example to push through a series of unrelated amendments to foreign policy.

The latest SBIR reauthorization was signed by President Obama as recently as early October, but that only provided an extension of six weeks, as part of a bill to ensure that the federal government continued to operate in the absence of an agreed budget for 2012. But such has been the labyrinthine nature of the legislative process that this was merely the latest of 15 such “temporary” extensions to the SBIR program in the past three years alone.

On October 5, Congress only resolved that extension with a few hours to spare. Now the clock is about to tick down once more, and a critical funding mechanism for many small companies in the photonics space yet again hangs in political limbo.