Short-list for awards night at Photonics West in January features electronic spectacles and a laser system for illuminating railway tunnels. 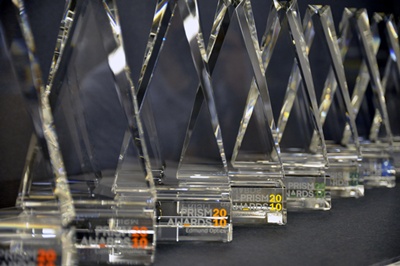 Organizers SPIE and Photonics Media have revealed the short-list of finalists for the 2011 Prism Awards, the annual international competition for companies working on photonics technologies and applications.

Each of the nine awards, in categories ranging from life science and biophotonics to defense and security, feature a short-list of three nominees, with the winners to be revealed at a gala dinner during SPIE’s Photonics West event in San Francisco on January 25.

While the short-list includes some well-known names and the laser maker Spectra Physics appears twice, perhaps the most notable aspect this year is the number of short-listed technologies developed by relatively small companies and the emergence of some radical new applications.

Industry vitality
SPIE’s CEO Eugene Arthurs acknowledged that, saying: "The quality and competition among this year's entries was even keener than in past years. More companies submitted applications than ever before. The strength of applications from core companies in our industry along with the impressive innovations bubbling up from smaller companies really demonstrate the vitality of the photonics industry."

In the “green photonics” category, nominations include Cogenra Solar, a Silicon Valley start-up that has developed a combination solar system delivering both photovoltaic electricity and thermal energy to heat water. The company, which is backed by the venture capital giant Khosla Ventures, recently hit the headlines after the social networking giant Facebook decided to install one of its systems at its new Menlo Park campus.

The “detectors, sensing, imaging and cameras” category looks to have the most international flavor this year, with Korea’s Vieworks nominated for its extremely high-resolution cameras (up to 260 megapixels) alongside CyberOptics Semiconductor’s airborne particle sensor and the Italian company MERMEC Group.

Tunnel inspection
MERMEC’s T-Sight 5000 is a train-mounted optoelectronic system that uses an array of 60 laser diodes to create three-dimensional images of critical railway infrastructure, like tunnels. Those images can then be viewed offline to check for damage such as cracks, without the need to disrupt services by carrying out a manual inspection. MERMEC recently won a €15 million deal to supply two of the optoelectronic diagnostic vehicles to the Australian railway operator RailCorp. 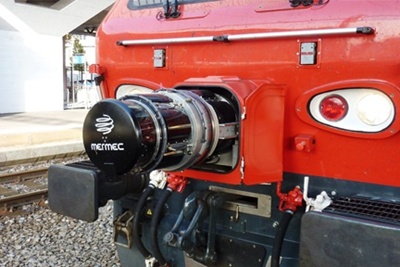 Meanwhile, the “optics and optical components” category features a nomination for PixelOptics’ electrically powered “EmPower!” spectacles, which are able to switch between reading and distance mode with a mere tap of the temple, thanks to liquid crystals embedded within the lens.

Among the other finalists, the French company Amplitude Systèmes is nominated for its fruit-based ultrafast fiber laser products for the second year running, with its Satsuma HE featuring in the “industrial lasers” division, while a number of technologies used in hyperspectral and live cell imaging applications are also recognized.

Winners will be announced at a gala dinner held in San Francisco on January 25, and the full list of nominees in their respective categories can be seen below (in alphabetical order, along with Photonics West booth number where appropriate):