The UK-headquartered maker of imaging sensors confirms a strong half-year, as more of its high-end devices are launched on a NASA satellite. 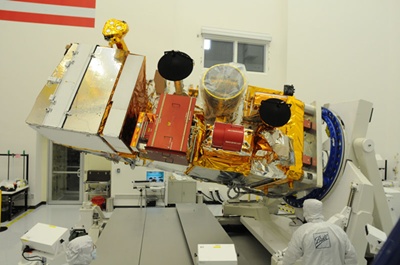 e2v Technologies has confirmed a solid financial performance for the first half of its 2011-2012 financial year, posting a 30% annual increase in pre-tax profits to £13.1 million.

And although chief executive Keith Attwood expressed his concerns at broader economic developments, noting more cautious behaviour from some customers – e2v’s 12-month order backlog is down 18% on last year at £120 million currently – he is maintaining the company’s financial outlook for the rest of the year.

“Without further adverse macro economic developments, we expect trading for the remainder of this financial year to continue at a similar run-rate as the first half,” Attwood commented in the Chelmsford firm’s half-yearly statement.

Imaging technologies accounted for 28% of e2v’s total revenues in the first half, equivalent to £32.3 million and up 7% from last year. The company’s sales are now split fairly evenly between its imaging, RF power and high-reliability semiconductor divisions – with the latter growing fastest in recent months. However, e2v’s imaging division is the only one of the three to have increased its order backlog year-on-year.

With recent restructuring efforts in the UK and France, including the closure of its front-end wafer fabrication facility in Grenoble, now largely completed, e2v is in a more flexible position in terms of its operations. It is working to expand in both the US and Asia, as well as spending more on research and development. For example, the company’s e2v aerospace and defense subsidiary in the US is about to expand into new facilities in Milpitas, California, with the move expected to be completed by the middle of next year.

e2v has also had some recent success targeting lower-cost applications such as bar-code reading, while its high-sensitivity detectors are finding widespread use in defense, for example in helmet-mounted systems used to enhance vision either at night or in foggy weather conditions.

Over the past year, says the company, space imaging has been a particularly strong performer, with e2v’s detectors featuring in a number of high-profile applications. The latest of those is NASA’s recently launched National Polar-orbiting Operational Environmental Satellite System (NPOESS) Preparatory Project, known as “NPP”.

On board the NPP satellite, built by Ball Aerospace, are five Earth-observation instruments designed for tasks like improving weather forecasts and providing a better understanding of the impact that clouds play in the wider climate system.

OMPS will be able to measure the distribution of the total atmospheric ozone column on a daily basis, and help determine whether the “ozone layer” has recovered as expected following the ban on chlorofluorocarbon (CFC) chemical compounds in the 1980s.