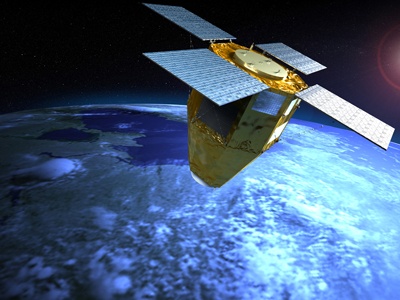 The French infrared detector specialist Sofradir will supply the high-resolution focal plane arrays used in a new constellation of Earth observation military satellites being built by a European consortium.

The “multinational space-based system” (MUSIS) comprises a partnership between France, Germany, Belgium, Spain, Greece, Italy and Poland, and is designed to replace the existing Helios II satellites with visible and IR imaging technology at a higher resolution.

France is providing the optical space component (CSO) visible and IR imaging elements of MUSIS, while Germany and Italy are working on a pair of radar imagers, and Spain is to provide a broadband imager called “Ingenio”.

France Astrium is the prime contractor for the CSO satellite development contract, having been awarded that deal by the French space agency CNES last year. Sofradir describes the detector contract as being worth “multi-million” euros and says that it will deliver the high-end mercury cadmium telluride (MCT) components to Thales Alenia Space France, which is building the optical systems used in the satellites, by 2015. As the only high-volume MCT manufacturer outside the US, Sofradir has already been working on the development since 2005.

State of the art
“After our successful involvement in the satellites Helios IIA and IIB, launched in 2004 and 2009 respectively, Sofradir is proud to be part of the MUSIS/CSO project and have the continued confidence of the French MoD and TAS,” said Philippe Bensussan, chairman and CEO at Sofradir. “Our expertise in developing state-of-the-art IR detectors for Earth observation applications will be further strengthened through this collaboration.”

The next-generation satellite system is designed to deliver enhanced intelligence by improving on the optical resolution and detector sensitivity within the existing Helios II satellites, and also disseminating the images captured by the satellites more quickly than is currently possible.

Handling the huge amounts of data created by high-resolution aerial and satellite imaging at a speed that can benefit forces on the ground was identified by Regina Dugan, director of the US Defense Advanced Research Projects Agency (DARPA) as a major bottleneck earlier this year in a plenary talk at the SPIE Defense, Security and Sensing (DSS) conference. 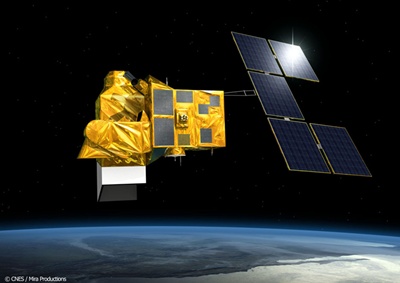 “We are swimming in sensors; drowning in data,” said Dugan at the time, while indicating that much of the data is produced by optical sensors like visible-range surveillance cameras, and infrared and hyperspectral imaging technologies.

Germany, Belgium, Spain, France and Greece signed a letter of intent to create MUSIS in November 2008, while Italy joined the consortium in early 2009 and Poland signed up in late 2010.

In June this year, the Spanish wing of Thales Alenia Space said it had been awarded contracts worth a total of €7.5 million, covering the design, development, manufacturing, qualification, and supply of electronics for the focal plane of the optical instruments, and a service module for the two high-resolution CSO satellites for MUSIS.