Company postpones build-out of new manufacturing facility in Vietnam and looks to move beyond subsidized markets. 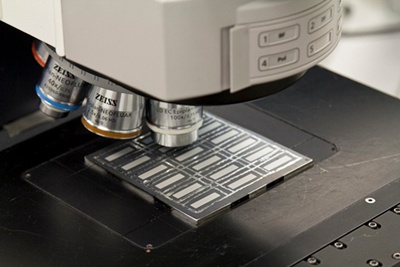 First Solar, the world’s leading manufacturer of photovoltaic panels based on thin-film CdTe structures, has postponed plans to build a large production facility in Vietnam as it works on a new strategy for long-term growth.

Michael Ahearn, chairman and now interim CEO at the US company following the shock departure of Rob Gillette on October 25, says that First Solar must look beyond the subsidized European markets, where financial support mechanisms for PV are decreasing in size, and focus increasingly on new markets like India, China, the Middle East and North Africa.

Ahearn said that such a shift would require technological innovation, as well as the development of deep relationships within those new markets and their policymakers, and a push towards PV prices at a level that does not depend on subsidization.

The interim CEO is not underestimating the challenge presented, however, saying: “These actions will cost money and will not yield results overnight.” Speaking to investors at the company’s Q3 2011 financial results announcement, Ahearn said that there were three key reasons why First Solar had been unable to move significantly beyond those subsidized markets thus far.

Those are the “inertia” of the subsidized markets, where resources are poured into what is now clearly a declining subsidy pool; a short-term fixation on earnings-per-share performance, rather than the creation of long-term value; and confusing increased factory output with genuine growth delivered by addressing the needs of customers. “The emphasis needs to be on new markets,” Ahearn said.

CEO departure
Commenting on Gillette’s sudden departure, which has been the subject of much speculation, the interim CEO simply explained that the “fit” between Gillette and the organization had not been right. “A leadership change was necessary,” he said, adding that the decision had been made by the First Solar board and that it took responsibility for the action.

A key point of disagreement between the former CEO and the company’s board of directors would appear to be the planned expansion in Vietnam. First Solar had been planning to build a facility with a 250 MW annual production capacity, as part of its wider expansion efforts as it moved towards a total capacity of close to 2.9 GW by the end of next year. That expansion also includes a new facility in Mesa, Arizona, which is expected to begin shipping products in Q3 next year. 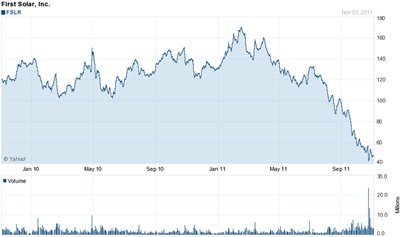 Rather than continue with the Vietnam factory, the company will focus on expanding its output through technological innovation and getting the most out of its existing production lines and improved module efficiency. The new plan will aim to increase the annual production run rate per line from 63.5 MW currently to 70 MW in 2012, which would yield a total production capacity of 2.8 GW next year, even without the Vietnam site.

In the third quarter, First Solar says that it began to implement technologies and processes derived from the research program that produced a world-record 17.3% efficiency CdTe cell earlier this year. Its best-performing production lines showed an average module conversion efficiency of 12.4% in Q3, but not all lines are performing so well, and the average figure was 11.8%.

Ahearn said that the company would provide an update and more detail on the company’s future strategy, as well as financial guidance for 2012, in early December.