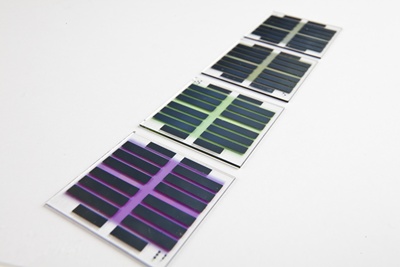 IMEC and its 16 partners have officially begun working on a new €11.9 million project to develop multijunction organic photovoltaic cells with much-improved efficiency, lifetime and cost.

Although organic PV holds much promise as a source of cheap, clean electricity, at the moment the technology is limited by the relatively low efficiency of cells suitable for mass production, as well as degradation issues and process uniformity.

While champion-cell conversion efficiencies of more than 10% have recently been reported, that level is not routinely achieved on the production line or in modules.

Under the IMEC-led project, labeled “X10D” and funded with €8.55 million via the European Commission’s Framework Programme 7, the partners are aiming to change that with the demonstration of 1 cm2 organic cells with a 12% conversion efficiency and 100 cm2 modules operating at 9%.

But it is the lifetime and cost aspects which IMEC is highlighting: “Moreover, the X10D project has set its goal to guarantee a minimum of 20 years lifetime for OPV modules on glass, and 10 years on foil, and to decrease the cost below €0.70 per Watt (peak),” it says.

The project will focus on tandem, or multijunction cells with either two or three terminals. “X10D will develop new designs, materials and manufacturing technologies for market-competitive organic photovoltaic modules,” states the consortium. “The objective is to develop efficient, low-cost, stable tandem organic solar cells.”

The work, which will take place over three years ending September 2014, will incorporate both solution-processed and small molecule organic PV, with partners at every level of the value chain, from materials to end users, included.

Among the commercial partners in the project are Germany’s Heliatek – recognized as a leader in the emerging organic PV field and whose small-molecule tandem cells have shown a champion efficiency of 8.3% - and the UK start-up The Solar Press, which is backed by seed funding from the Carbon Trust and Easyjet founder Sir Stelios Haji-Ioannou. The Solar Press is developing PV modules based on conjugated polymers.

Other commercial partners in the project include the French wing of materials company Arkema, the chemicals firm Solvay, and the imaging giant AGFA-Gevaert, whose legacy photographic film manufacturing processes could potentially be used for volume organic PV cell production in the future. Germany’s 3D-Micromac, which specializes in laser micromachining, is also involved. For the full list of partners in the collaboration, which is being co-ordinated by IMEC’s Tom Aernouts, visit the X10D web page.