Newport in the money after record year

Catching the positive mood, the home of Spectra-Physics lasers announces records in both its annual revenues and orders.

Laser and photonic component vendor Newport has joined rival Coherent in announcing record full-year sales in 2010, confirming that the optics industry rebound is widespread and providing the ideal start for its celebration of 50 years of the Spectra-Physics laser brand.

The Irvine, California, company, which released no fewer than 30 new products at last week’s Photonics West trade show, reported 2010 annual sales of $479.8 million, up 31% on the 2009 figure and exceeding guidance issued in the middle of last year. Record Q4 orders totalling $130.3 million suggested that the strong momentum is being retained, as sentiment in the semiconductor market in particular becomes more bullish. 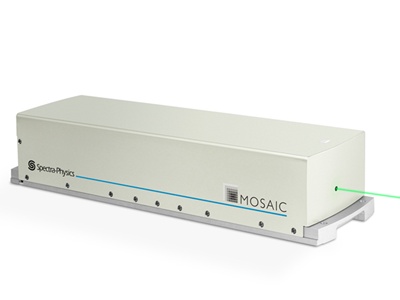 With full-year 2010 orders of $510.1 million, Newport CEO Robert Phillippy is confident of another growth year in 2011 – albeit at a slower rate than he witnessed in 2010.

"We are very excited about our opportunities for continued sales and earnings growth in 2011,” Phillippy said. “Our excellent performance in 2010 has given us momentum for the current year.”

Phillippy attributed some of that momentum to scientific research, aerospace and defense applications, describing order patterns in Europe and Japan as “stellar”, as well as OEM customers targeting semiconductor applications, where Newport equipment is designed into various lithography and metrology systems.

The favorable market conditions witnessed in the second half of 2010 in particular saw Newport deliver strongly on the bottom line too. After posting a net loss of $17.4 million for 2009, it swung to a $41.1 million profit in 2010, with earnings per share exceeding one dollar for the first time in more than a decade.

Cash generation
And with very strong cash generation throughout 2010, Newport’s balance sheet now looks much healthier than it did a year ago. Its $126.8 million in outstanding subordinated notes – due for repayment in February 2012 – are now far exceeded by the $200.2 million held in cash and cash equivalents.

Although next year’s debt repayment will be uppermost in the mind of the company’s executive team, there are some strong hints that some of that cash will be put to use to make strategic acquisitions before long. “We are always looking for ways to deploy our cash to enhance our strategic objectives,” noted CFO Charles Cargile in an investor call to discuss the latest results.

Any such move would likely be of a “bolt-on” nature, much like the company’s acquisition of New Focus in a swap deal with Oclaro in July 2009. In the latest call, Newport described that deal as a “home run”.

Meanwhile, Newport’s flagship laser brand Spectra-Physics – which started up in 1961 and was acquired by Newport in 2004 - enjoyed a very strong end to 2010, delivering income of $4.8 million on Q4 sales of just under $48 million. The division, which is now in its 50th year, made a strong contribution to the company’s overall net profit of $15.2 million in the final quarter – the highest quarterly figure that Newport has recorded in a decade.

System strength
An increasing proportion of Newport’s revenues now result from sales of systems and sub-systems; reaching 21% of revenues in the latest period. This reflects not just the company’s engagement in traditional semiconductor equipment, but also in other fast-growing microelectronics applications such as LED marking and a variety of photovoltaic cell manufacturing processes.

The next stage would appear to be a similar trend towards bio-instrumentation – a very strong theme at Photonics West, and one that Newport is already embedded in. The company also sponsored the SPIE Biophotonics Start-Up Challenge for young entrepreneurs working in the sector.

Looking ahead to the opening quarter of 2011, Phillippy said that sales were expected to come in at around $123 million. Although that would represent a 15% increase on the Q1 of 2011, it would also mean a sequential decline. That, and perhaps the lack of firm guidance for 2011 as a whole, seemed to impact investor sentiment, with the Newport stock price dropping by around 10% as markets opened following the results call.

But despite the decline, Newport’s current stock price and market capitalization of around $635 million remain close to a two-year high.