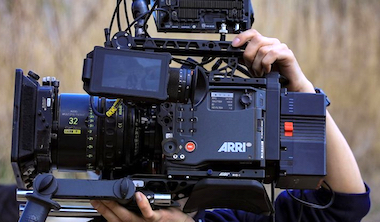 The CMOS sensor in Arri's new digital camera is the latest to be developed in collaboration with onsemi, the diversified sensor company focused on automotive and industrial markets that formerly traded as ON Semiconductor.

The Arri Alexa 35 uses an onsemi Alev 4 CMOS image sensor. Since 2010 Alexa cameras have contained versions of onsemi's previous generation Alev 3 sensor, with the new component representing the company's move into a new era of digital cinematography, according to onsemi.

"All digital Arri cameras, starting with the first Arriflex D-20 in 2005, followed by the first Alexa delivered in June 2010 up to the Alexa 35 introduced this year, are based on CMOS sensors jointly developed with onsemi," said Walter Trauninger, managing director and head of Camera Systems at Arri.

"The close collaboration between the two companies is the foundation for Arri's ability to provide the best overall image quality to filmmakers. This kind of long-term commitment is an absolute exception in an ever-changing semiconductor market and is invaluable to Arri."

"While higher resolution solutions exist, the Alev 4 CMOS image sensor allows Arri to raise the bar with its latest camera by providing excellent image quality, natural colors and an entire ecosystem for the global film industry," said the company.

The first Alev sensor was originally developed with the intention of creating a sensor with the same height and width as a frame of 35 mm film, according to Arri product data, before subsequent product evolution introduced larger recording resolutions or employed multiple individual sensors.

One of the sensor design's primary features is a dual gain architecture, in which two separate read-out paths with different amplification are employed for each pixel. The first path contains the regular, highly amplified signal, and the second contains a signal with lower amplification to capture the information that is clipped in the first path.

"Both paths feed into the camera's analog-to-digital converters delivering a 14-bit image for each path, and these are then combined into a single 16-bit high dynamic range image," notes Arri technical specs. "This method enhances low light performance and prevents the highlights from being clipped, thereby significantly extending the dynamic range of the image."

Optical filters are used to block certain frequencies from the sensor in the Arri camera, including a high-end infrared filter the design of which is "a precarious balancing art," according to the company. "The IR filters in Arri cameras are closely matched to the spectral response of the camera's sensor and the color processing in the camera."

Arri's digital cameras and its Alexa range have become high profile instruments as digital cinematography has grown in use among film makers. The company noted that of the 49 films that premiered at the 2022 Cannes film Festival, 30 used a camera from the Alexa family and onsemi’s customized CMOS image sensors.

"Twenty-two years of working closely with Arri demonstrates our commitment and skillset to deliver image sensors for the high-end digital cinematography and machine vision markets," said Ross Jatou of onsemi. "Developing the image sensors for the Alexa 35 camera with Arri shows our ability to develop high-end sensors that are low cost and high quality while maximizing performance."