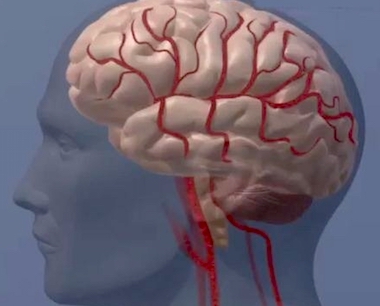 The optical capabilities of smartphone cameras are opening up possible point-of-care medical applications in a number of fields.

Recent examples have included using the phone's camera as a hyperspectral imager to reveal hemoglobin levels, by reconstructing spectral data after taking an image of the inner eyelid.

A project at the National Taiwan University Hospital in Taipei has now used video taken by a smartphone to assess whether a patient's neck arteries are narrowed, known to be a risk factor for stroke.

As reported in the Journal of the American Heart Association, the proof-of-concept study applied motion analysis to smartphone video footage of patients whose neck arteries were already monitored using Doppler ultrasound data, which is the conventional approach to spotting carotid artery stenosis (CAS).

"Between 2 and 5 percent of strokes each year occur in people with no symptoms, so better and earlier detection of stroke risk is needed," said lead author Hsien-Li Kao.

"Existing diagnostic methods require screening with specialized medical imaging equipment and personnel. Analysis of video recorded on a smartphone is non-invasive and easy to perform, so it may provide an opportunity to increase screening."

Two hundred patients, with and without CAS, were enrolled in the study, and a iPhone 6 used to capture a 30-second video recording of the person's neck while their head motion was restrained within a custom-made box. The box also contained additional illumination of the area being filmed.

"Variations in pixel intensity in each spatial frequency band were extracted and handled individually using fast Fourier transform. They were magnified within a specific frequency range, by choosing user-specified parameters for motion magnification. Principal component analysis with Fourier transformation is used to recover the blood volume pulses that can be used for the heart rate estimation."

The end result was a temporal oscillating waveform representing the video sequence, and unique pulse information for each patient. The video motion analysis algorithm had a 87 percent accuracy rate of detecting stenosis in the group known to have CAS, according to the project.

Although this initial study was small-scale, the technique could offer a promising approach to stroke screening and further leverage the medical imaging capabilities of current smartphones.

"Carotid artery stenosis is silent until a stroke happens," commented Kao. "With this method, clinicians may be able to record a video of the patient’s neck with a smartphone, upload the videos for analysis and receive a report within five minutes. The early detection of carotid artery stenosis may improve patient outcomes."