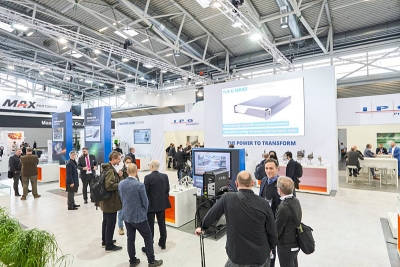 Fiber laser specialist IPG Photonics has reported a slight uptick in sales revenues in its latest financial quarter, with demand from laser welding applications helping to offset the negative impact of the strong US dollar.

At $377 million, second-quarter sales were up 1 per cent on the same period last year. However, operating income slipped 22 per cent to $72 million - largely as a result of foreign currency effects, and despite more disciplined spending on research and development.

Contributing to the flat revenue picture was a 33 per cent increase in sales to North America, alongside a decrease of 14 per cent in China.

EV momentum
The Oxford, Massachusetts, company, which has historically relied heavily on sales of high-power lasers for cutting tools used in China, is seeing the benefits of diversification - with welding now its biggest single application in many regions.

CEO Eugene Scherbakov told an investor conference call: “Strong sales in North America and Japan drove our revenue growth as we focus on opportunities that diversify our revenue across key geographies and applications, including e-mobility and medical."

He added that the latest quarter saw record sales attributed to electric vehicle (EV) battery manufacturing - typically for precise welding of reflective metals like copper and aluminum, as well as for cutting and welding thin foils.

“We reached a significant milestone as revenue from welding applications surpassed high-power cutting revenue in a number of key geographies,” Scherbakov told an investor conference call discussing the latest developments.

“Our thulium laser is considered the new gold standard for the laser urology market and has been rapidly gaining adoptions,” claimed Scherbakov.

Russia mitigation
IPG, which was founded in Russia, is currently working to move production of certain components out of the country and neighboring Belarus to its sites in the US, Germany, and Italy, in response to sanctions imposed on Russia following its invasion of Ukraine.

“We expect that most of the manufacturing capacity will be brought online during the course of the rest of the year, enabling us to reduce our reliance on Russian components by year-end,” Scherbakov told investors, although he admitted that hiring new employees had proved challenging.

Mitigation efforts have also included sourcing certain parts from third parties. Those suppliers are now qualified and IPG has instigated a deliberate build-up of key optical and electronic component inventories to reduce supply-chain risks and ensure that the company maintains its ability to ship lasers to customers 6-8 weeks after receiving an order.

IPG has also been taking the opportunity to invest in greater automation, helping to offset higher employment costs in the West. And although Scherbakov indicated that bookings in Europe were starting to weaken - perhaps on fears of an energy “crunch” later this year - both he and CFO Tim Mammen said that overall demand looked solid.

“While the operating environment is uncertain, we believe that fiber laser adoption will continue to drive demand across many applications and geographies and will benefit from global trends including increasing automation, e-mobility, renewable energy and energy efficiency as energy costs rise globally," said Scherbakov.

He and Mammen also pointed out that IPG had diversified its sales within the Chinese market away from traditional machine tools, thanks to growing use in additive manufacturing and EV battery applications.

“The high-power cutting business in China contributed less than 10 per cent of IPG's total revenue in the quarter,” said the CEO.

• Looking ahead, IPG’s management team predicted that sales would likely drop a little in the third quarter, to somewhere between $350 million and $380 million.

Coupled with news that the Nasdaq-listed firm was to set aside a further $300 milion with which to repurchase its own shares, the IPG stock price closed down around 5 per cent following the August 2 update. Trading at $102, it has dropped from $175 at the start of 2022.