University of Vienna component based on single photons could link AI and quantum computing. 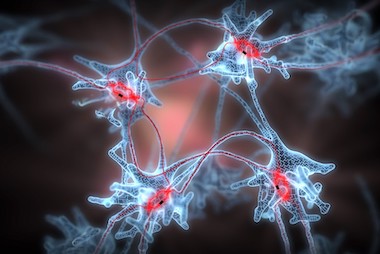 Studies of quantum computing and its overlap with photonics have gathered pace in recent years, with groups such as the Danish PhotoQ consortium investigating the development of photonic quantum processors.

A project at the University of Vienna has now described a new integrated quantum processor operating on single photons, which could have implications for artificial intelligence and neural networks.

The Vienna device is a memristor, a form of electronic storage device whose resistance can be programed into the component and remains stored by it even if the device loses power.

This behavior is considered to be similar to that of neural synapses, and memristors have become a fundamental building block for large-scale electronic networks designed to mimic the operations of living nervous systems.

According to the study, reported in Nature Photonics, the Vienna group has demonstrated that it is possible to "engineer a device that has the same behavior as a memristor while acting on quantum states and being able to encode and transmit quantum information," despite the fact that the dynamics of a classical memristor tend to contradict typical quantum behavior.

The component acts as a tunable beamsplitter, with photons traveling in waveguides on a glass substrate. Quantum effects allow a stream of single photons traveling through the device to influence the photon flux in other adjacent waveguides, and control which are diverted to different outputs.

Memristors are thought to be valuable in neural networks, which typically require large amounts of training data to operate effectively. An architecture termed "reservoir computing" may be one route to tackling this challenge, and the Vienna team believes that its memristor device could play a key role.

"Our photonic implementation offers a particularly simple and robust approach that relies on a mature technological platform, and may even provide the missing nonlinear element for recently proposed quantum-optical neural networks," commented the team in its paper.

The Vienna group also recently demonstrated that robots can learn faster when using quantum resources and borrowing schemes from quantum computation, indicating another area where quantum artificial intelligence could play a significant role.

"Unlocking the full potential of quantum resources within artificial intelligence is one of the greatest challenges of the current research in quantum physics and computer science," said the University of Vienna's Michele Spagnolo.