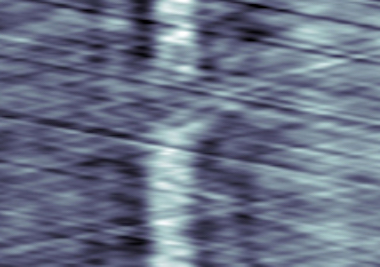 Sounding out the problem: acoustic waves

Additive manufacturing (AM) techniques increasingly require novel non-destructive inspection methods able to fit smoothly within AM workflows, in particular for the detection of structural defects.

As described in Scientific Reports, the new non-destructive inspection involves using surface acoustic waves generated by laser-based ultrasound (LBU), a technique in which the acoustic waves are excited via the thermoelastic effect from the action of a pulsed laser.

LBU is better posed to perform real-time inspection than other inspection techniques and can acquire and process data at a faster rate, noted the project in its paper. The work also builds on the established use of surface acoustic waves to characterize near-surface features in other engineering materials, as well as their larger-scale use in geological studies.

A particular focus of the LLNL project was to see if a LBU technique could successfully characterize laser melt lines and voids in a manufactured structure, defects likely to scatter the acoustic energy of the laser-generated wave.

The team's experimental platform used a Q-switched Nd:YAG source focused down to a line 70-microns in width to generate the surface acoustic waves, with the LBPF-manufactured samples passing through the illuminated beam on orthogonal translation stages. The progress of the acoustic wave and its interaction with surface or sub-surface features was detected with a photorefractive laser interferometer.

Trials on structures deliberately created with different melt lines and features showed that surface defects like spatter and breaks in a melt line, as well as sub-surface voids on single laser melt lines, were revealed by their effects on the laser-generated acoustic wave.

The results were validated with optical microscopy, for the surface features, and X-ray computed tomography for the sub-surface features. In comparison with X-ray CT, the LBU system is "better posed to perform real-time inspection and can acquire and process data at a faster rate," and shortened the time for subsurface void detection from days to minutes, noted the project team.

Although there are currently limits on the size and depth of detectable voids, LLNL believes that its system may prove useful for rapidly qualifying new LPBF machines, and for monitoring machines after changes to metal powder feedstock or modifications to process parameters such as the melt laser power.

"We hope that this work demonstrates the potential for an all-optical ultrasound system capable of rapid, on-demand in situ characterization of LPBF processes and powders," said LLNL's David Stobbe. "The system showed excellent sensitivity to surface and near-surface features, including breaks in the LPBF melt line, metal surface splatter and subsurface air voids."