Artemis I Mission: Orion spacecraft orbiting – and imaging – the Moon...

...while European ASCEND project to scope out viability of optically-linked data centers in space. 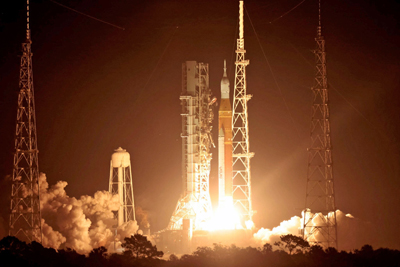 Against the backdrop of a Florida starlit sky, NASA’s Artemis I mission, with the Lockheed Martin-built Orion spacecraft on top, was last week launched to the Moon promising a new era of human deep space exploration.

This test flight is the first in a series of missions under the Artemis program, which are planned to eventually result in the first woman and first person of color landing on the Moon.

“Through an industry team across the USA, that has also leveraged an international industrial base, this mission unites the skills of a dedicated workforce and innovative technologies to make a global impact,” he said.

The planned 25.5-day mission initially took Orion about 40,000 miles beyond the backside of the Moon. It is now orbiting the Moon to collect data to allow mission controllers to assess the performance of the spacecraft and its payloads, which include a range of optical systems. Other technical payloads are novel optical systems for imaging the Moon in different ways (see below). 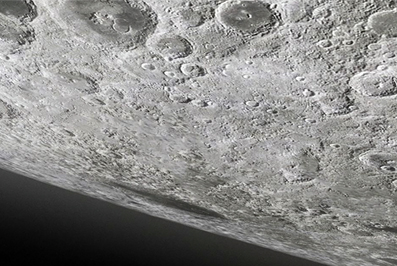 Cubesats on board include LunIR for imaging the Moon.

With a focus on leaning into commercial partnerships and building innovations that will prepare the industry for a future crewed mission, Lockheed Martin has several notable systems on board, including: 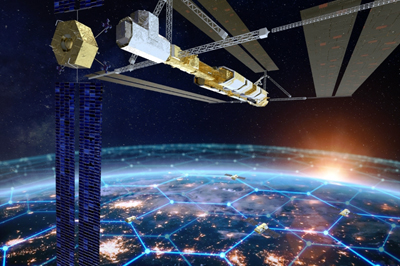 Scoping out data centers in space

Thales Alenia Space, the joint company between Thales (67%) and Leonardo (33%), has been chosen by the European Commission to lead the ASCEND (Advanced Space Cloud for European Net zero emission and Data sovereignty) feasibility study for data centers in orbit, as part of Europe’s vast Horizon Europe research program.

Digital technology’s expanding environmental footprint is becoming a major challenge: the burgeoning need for digitalization means that data centers in Europe and around the world are growing at an exponential pace, which in turn has a critical energy and environmental impact.

A consortium led by Thales Alenia Space has been set up to find an ambitious solution for Europe, namely to install data center stations in orbit, powered by solar power plants generating several hundred megawatts. This project could help meet Europe’s Green Deal goal of achieving carbon neutrality by 2050 and would also be an unprecedented development in the European space and digital ecosystem.

This concept makes direct use of the energy produced in space outside of the earth atmosphere: the only link with the ground would be high-throughput Internet connections based on optical communications, a technique for which Europe has mastered the underlying technologies.

The first objective of this study will be to assess if the carbon emissions from the production and launch of these space infrastructures will be significantly lower than the emissions generated by ground-based data centers, therefore contributing to the achievement of global carbon neutrality.

The second objective will be to prove that it is possible to develop the required launch solution and to ensure the deployment and operability of these spaceborne data centers using robotic assistance technologies currently being developed in Europe, such as the EROSS IOD demonstrator.

This project is expected to demonstrate to which extent space-based data centers would limit the energy and environmental impact of their ground counterparts, thus allowing major investments within the scope of Europe’s Green Deal, possibly justifying the development of a more climate-friendly, reusable heavy launch vehicle. Europe could thus regain its leadership in space transport and space logistics, as well as the assembly and operations of large infrastructures in orbit.