Opsys Tech lidar units to feature in production vehicles from 2024 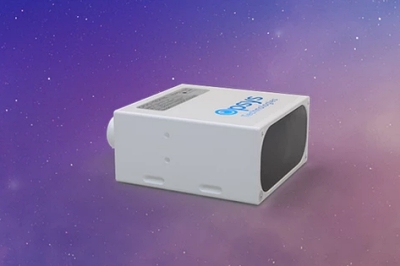 Opsys Tech, one of several Israel-headquartered companies now offering lidar technology, has signed a deal with major auto parts supplier SL Corp. that is expected to see its products included in production vehicles from 2024 onwards.

Founded in 2016 by former Finisar CEO Eitan Gertel and colleagues, Opsys Tech says that the latest deal is one of several that it has secured for providing automotive lidar units within the next two to three years.

“The deals, all with large Asia-based suppliers, mean Opsys Tech is on track to be a major supplier of lidar systems to the automotive market,” states the firm, which also has an office in Silicon Valley and is about to open another in China.

VCSELs and SPADs
Opsys has developed a “scanning microflash” version of the photonics technology based around VCSEL emitters and SPAD detectors.

Said to enable flexible angular resolution and different base sensor architectures, it means that the sensors can offer a customized field of view, depending on each of its partners’ individual requirements.

“This agreement with world-leading auto parts supplier SL Corp. enables Opsys to enter the integrated lidar lighting systems market segment,” said Gertel in a company release, claiming that it indicates a growing recognition that the firm’s particular take on lidar offers advantages over the various other systems that are now available from competitors.

“[Our technology] can increase the safety of vehicles on the road while enabling the evolution of autonomous functionality at all levels, up to fully autonomous 'L5' driving,” Gertel added.

SL Corp’s Wanseok Kim, a senior researcher at the Korean company, explained that the deal with Opsys Tech would enable SL to launch its newest product line, which would see the lidar sensor integrated within lighting modules.

“That integration will enable SL to bring to market an automotive integrated lighting system with best-in-class lidar functionality,” Kim said. “SL is excited to partner with Opsys Tech and is looking forward to introducing this product line during 2022.”

Dubbed “pure solid-state scanning microflash lidar” by the firm, the Opsys Tech approach features no moving parts, utilizes multiple wavelengths, and is said to combine the best of existing methods without suffering any trade-offs.

Also claiming superior reliability and performance across every critical category, Opsys Tech says its technology delivers the low cost and robustness of flash lidar, along with the superior range and resolution of mechanical-sweep or oscillating mirrors that use MEMS or galvanometer approaches.

The firm’s CEO, Rafi Harel, hints that Opsys is preparing to announce a number of similar supply deals in the near future, including some that will show an expansion of market reach into Europe. By the end of March 2022, it plans to start manufacturing units in Thailand.