Project will mark the first time such a UK network has been extended to cover a large area. 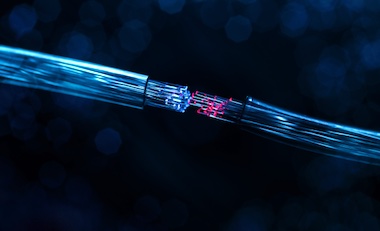 Timing is everything: quantum technology

The UK Quantum Technology Hub in Sensors and Timing, based at the University of Birmingham, and the National Physical Laboratory (NPL) have announced a joint effort to install a large-scale fiber optic network for precision timing.

The intention is for this network to connect the University's Birmingham campus and the NPL head office in Teddington, south-west London, marking the first time a fiber optic network for this particular purpose has been extended to cover such a large area in the UK.

According to the project, the new network will assess performance and resilience in timing and frequency transfer, factors of critical interest to sectors such as finance and defense when data is transferred across their networks.

"This fiber optic network will essentially be an independent connection that will uniquely use optical amplifiers to simultaneously boost multiple signals, which typically deteriorate every 80 kilometers," commented the Hub announcing the project.

"Hub researchers are deploying single amplifiers, as opposed to placing multiple amplifiers at the same location, to prove that performance is not affected by this method, a solution that will save significant time and money."

Researchers will also test the possibility of using such fiber link networks to support GPS networks in the future, said to represent a step-change in the technology that underpins current communications networks and many aspects of UK national infrastructure.

"This technology has already been tested in Paris, and I'm excited about the Hub taking the first step in establishing a UK-wide time and frequency distribution network," said NPL's Jochen Kronjaeger.

The Quantum Technology Hub in Sensors and Timing was founded in 2019, one of four Hubs in different aspects of quantum technology created as the second phase of the UK's National Quantum Technologies Programme backed collectively by £94 million in government funding.

Based at Birmingham's School of Physics and Astronomy, the Hub coordinates research among seven universities, NPL, and more than 50 industrial partners, with £24 million of funding in support of a current five-year program running until 2024.

The pre-2019 incarnation of the Hub was named the Quantum Technology Hub for Sensors and Metrology, with the change of title reflecting the significance of temporal control in applications that make use of data communications and fiber optic networks.

The Hub believes that long-term economic impact from technologies developed under its program and brought to market could amount to 10 percent of UK GDP. Research focuses on four sectors, including use of gravity sensors during surveys of prospective infrastructure projects; oil and environmental surveys including agriculture and crops; and wearable sensors for healthcare.

The fourth focus area is navigation via new GPS devices, as per the Hub's comments about the purpose of the new network, which is currently being installed and due for completion by October 2021.The network will initially be available for three years, with the potential to become permanent.

"This is a unique opportunity to assess new, interdisciplinary technology," said Michael Antoniou, quantum radar and timing lead at the Hub. "Timing advancements may take years to result in real-world system changes, but this new project represents a step forward to fast, secure systems."