Teledyne on the up as FLIR integration proceeds ahead of schedule 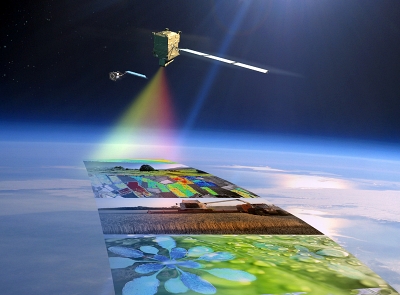 The stock price of Teledyne Technologies is trading close to a record valuation, after the industrial technology company said that its integration of the thermal imaging giant FLIR Systems was proceeding faster than expected.

California-headquartered Teledyne, which completed the FLIR merger in May, revealed in its latest quarterly results that annual cost-savings of $80 million associated with the deal would now be delivered by the end of 2022 - a full two years ahead of schedule.

News of that, as well as fast-rising sales across a number of its business units, appeared to please investors - with Teledyne’s executive chairman Robert Mehrabian saying that “significant corporate overhead, consultants and other third-party service providers” had already been eliminated from the FLIR cost-base.

With the company’s existing digital imaging business also enjoying a 17 per cent year-on-year rise in sales, total revenues in the June quarter came in at a record-breaking $1.12 billion - boosted by just over $300 million attributable to what is now called "Teledyne FLIR".

Satellite sensors
Now that the FLIR merger is complete, digital imaging has become Teledyne’s single largest business unit by some distance, with sales accounting for more than half of total company revenues.

Other brands within the firm’s digital imaging portfolio include Teledyne DALSA, Teledyne e2v, Lumenera, and Princeton Instruments, among others. With the addition of FLIR, Teledyne is able to address a vast number of applications with sensors operating across most of the infrared and visible spectrum.

Discussing the latest developments in a call with investors, Mehrabian said that the annual cost savings associated with the FLIR merger should eventually rise to around $100 million.

He is expecting “Teledyne FLIR” to contribute around $1.3 billion to the merged entity's revenues this year, pointing out that pandemic-related sales of elevated skin temperature cameras worth around $100 million to FLIR last year would not be repeated in 2021.

If Mehrabian’s expectations prove accurate, Teledyne should end up posting full-year sales in the region of $4.6 billion. That would compare with the 2020 total of $3.1 billion, and takes into account strong recent bookings in the firm’s legacy (i.e. non-FLIR) digital imaging business.

The merged entity is expected to offer particular strength in the space sector, where Teledyne has long enjoyed an enviable presence as a key provider of sensors for Earth imaging satellites in particular.

That expertise will now be extended with FLIR’s additional infrared sensing technologies, alongside its market presence in more classified, defense-related applications.

Mehrabian told investors that the company’s focus would remain on sensors within the space sector, where he says that Teledyne has a strategic advantage.

Quantum presence
Another emerging area for the firm is quantum technology, where UK-headquartered Teledyne e2v is playing a central role in developments funded via the National Quantum Technologies Programme.

One current example of that is the Cold Atom Space PAyload (CASPA) project, which is aiming to launch a laser-cooled quantum accelerometer sensor on board a shoebox-sized CubeSat.

Teledyne ev2 is providing what it calls the “physics package” for CASPA, which includes a vacuum chamber, a source of rubidium atoms, a telescope to deliver laser light into the chamber, magnetic field generation, and the components needed to maintain ultra-high vacuum.

Project partner Gooch & Housego is charged with delivering the optical subsystem, which is based around a 1560 nm laser and also features a radiation-hardened erbium doped fiber amplifier (EDFA), alongside a nonlinear crystal to upconvert the laser frequency to the wavelength needed to cool the rubidium atoms.

If all goes according to plan, CASPA will be launched into a low-Earth orbit for around six months, where it will measure "atmospheric drag".

• Following the latest financial update, Teledyne’s stock price rose by around 3 per cent on the New York Stock Exchange. Currently trading near $455, the valuation equates to a market capitalization of just over $21 billion.