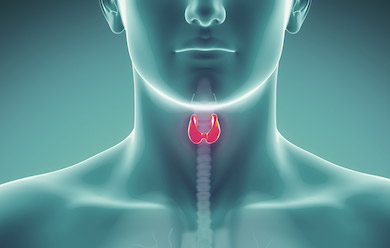 A five-year EU-funded Horizon 2020 project launched in 2016 to investigate a new platform for screening cases of thyroid cancer has concluded.

The LUCA project, named for Laser and Ultrasound Co-Analyzer for thyroid nodules and co-ordinated by Spain's ICFO photonics research center, reported the results of its study cases and clinical trials in Biomedical Optics Express.

Current methods for assessing the malignancy of thyroid nodules normally involve an ultrasound (US) imaging procedure followed by biopsy of an excised tissue sample, but this approach suffers from low specificity and low sensitivity.

Project leader Turgut Durduran, whose recent work at ICFO has involved the application of diffuse optical methods to the monitoring of stroke patients and the understanding of cerebral blood flow in infants, believes that LUCA will lead to improved outcomes for patients with thyroid nodules.

"This project has allowed us to develop a unique optical-ultrasound platform that we are confident will find a use in the clinical thyroid cancer screening," said Durduran.

Separately, DCS and TRS can only offer limited information about tissue physiology, according to the project team. TRS can determine wavelength-dependent absorption and scattering behavior of tissues, revealing the presence of collagen and other molecules as well as offering a route to calculating the concentration of oxy- and de-oxyhemoglobin species in blood. DCS monitors fluctuations in the speckle pattern of scattered light to determine the blood flow in specific tissues.

Using both modalities together in LUCA's novel configuration is intended to allow the analysis of tissue hemodynamics, such as microvascular blood flow and blood oxygenation, plus simultaneous examination of the chemical constitution of the tissue examined, alongside the pure anatomical information revealed by medical ultrasound.

"A unique multi-modal probe, including both the US transducer and the optical fibers, has been developed to allow the simultaneous acquisition of optical and US signals," commented the LUCA team. "The configuration allows simultaneous TRS and DCS measurements without crosstalk between the two technologies, by reducing the effect of the DCS sources on TRS detectors and vice versa."

Improved quality of life for patients

After initial proof-of-concept studies, the LUCA platform was deployed in a clinical trial of 18 healthy volunteers and 47 patients diagnosed with thyroid nodules, to test its ability to distinguish healthy from malignant tissues in cases where ultrasound screening had proven inconclusive.

"By analyzing the metabolic rate of oxygen consumption and total hemoglobin concentration, the device was able to classify thirteen benign and four malignant nodules with a sensitivity of 100 percent and specificity of 77 percent," noted the project.

Given recent diverse applications of diffuse optical techniques, the design principles behind the LUCA platform could also now be applied to other diagnostic challenges, including breast and abdominal cancers. The multi-modal approach involving simultaneous ultrasound imaging can produce a fundamental improvement in the quality of the examination, according to ICFO.

"The need to improve the current standards of thyroid cancer diagnosis has driven us to participate in this multidisciplinary project," commented project member Mireia Mora from Spain's IDIBAPS biomedical research institute.

"We have taken the first steps in preclinical testing, but are sure that with this technology we will be able to avoid unnecessary surgeries and thus improve the quality of life of our patients."