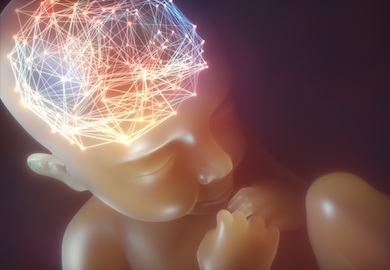 An EU-funded project intends to develop a photonics platform suitable for monitoring the brains of infants effectively and without distress.

TinyBrains, coordinated by Spain's ICFO photonics research center, will create a wearable device to help doctors monitor the blood flow in the brain, under a four-year project supported by €3.7 million in funding.

The ultimate goal is a better understanding of congenital infant diseases which are related to, or revealed by, disorders of the blood flow.

Connections between infant neurovascular problems and brain development are known to be very complex, but monitoring cerebral blood flow parameters should provide an effective way to monitor developing illnesses in the brain and elsewhere.

TinyBrains will particularly focus on identifying cases of congenital heart defects (CHD), which afflict about a million births worldwide each year and can lead to significant neurodevelopmental problems or even brain damage, due to abnormal blood supply.

"At present, it is tough to monitor these at-risk populations both technically, because of the lack of appropriate tools, and also ethically because consent and risks have to be taken into consideration," commented ICFO's Turgut Durduran, project coordinator.

Targeting CHD should allow an improved understanding of the cellular origin of the resulting brain injury, by enabling the assessment of the link between energy demand and oxygen supply.

"We will combine advanced biophotonics technologies and electroencephalography into a disruptive research tool enabling research into new brain-oriented therapies and management strategies," said the project.

TinyBrains intends to employ functional near-infrared spectroscopy (fNIRS) and diffuse correlation spectroscopy (DCS), integrating the two modalities into a single imaging device that can be worn on an infant's head.

Spatial resolution for the first time

Both techniques are known to be potentially valuable in assessing cerebral blood flow, with work to apply them jointly in the study of adult brains having been described by Durduran during SPIE Photonics West 2021.

"We use near-infrared spectroscopy, generally time-resolved, to measure blood oxygen saturation and the concentrations of oxy- and deoxy-hemoglobin; and diffuse correlation spectroscopy to measure the cerebral blood flow itself," commented Durduran during the SPIE Photonics West Digital Forum.

DCS has proven to be particularly versatile, thanks to its ability to detect microvascular blood flow using the fluctuations or speckle patterns generated by the motion of blood cells under illumination with near-infrared light.

As well as ICFO's study of DCS as a means to monitor adult stroke victims, a 2015 project at Stony Brook Medicine combined DCS with diffuse optical spectroscopy to monitor blood flow and oxygenation in the spinal cord of trauma patients.

Durduran and ICFO also created the Vascovid project in 2020 using the same family of modalities to monitor the microvascular health of Covid-19 patients, a further example of the reach such optical monitoring of blood flow could have.

An earlier project involving ICFO, the BabyLux consortium, concluded in 2017 after using DCS and NIRS to monitor infant cerebral blood flow, and TinyBrains builds on that effort by aiming to measure cerebral hemodynamics, oxygen metabolism and electrophysiology simultaneously.

"In vivo imaging in three-dimensions will greatly increase the brain specificity and penetration, as well as, for the first time, providing spatial resolution to this class of measurements," commented the project.