US Army hooks up to LiFi

$4.2M contract with pureLiFi described as the first large-scale deployment of the wireless optical communications technology. 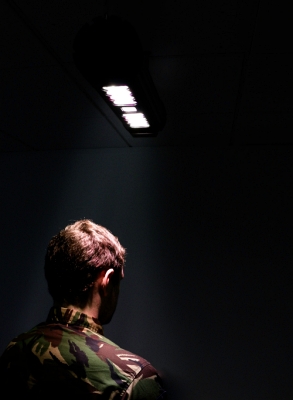 The US Army has agreed a $4.2 million deal to deploy so-called “LiFi” wireless connectivity across locations in Europe and Africa.

The contract with Edinburgh-based pureLiFi is being described as the first large-scale deployment of LiFi, with the US military set to benefit from higher security than is possible with conventional radio-frequency connections like WiFi, Bluetooth, or cellular networks.

pureLiFi, established by LiFi pioneer Harald Haas and company CTO Mostafa Afgani back in 2012, is providing its “Kitefin” products for the roll-out, a newly developed system aimed at the defense sector.

CEO Alistair Banham said: “This largest real-world deployment of LiFi with the US Army Europe and Africa is a testament to the benefits that LiFi can offer and the technology’s usability.

“If one of the most significant and advanced defense organizations in the world can rely on LiFi for the most critical of communications, LiFi can offer unprecedented benefits to the consumer.

“LiFi, like so many technologies before it, is on a classic journey of adoption in defense to widespread acceptance in the consumer market - and eventually LiFi in everyone’s home.”

Rapid deployment
According to pureLiFi, the new Kitefin product is compliant with security standards established by the US Defense Information Systems Agency (DISA).

Because it is based on optical frequencies that cannot penetrate through opaque barriers, LiFi is inherently invulnerable to eavesdropping through walls or tent canvas - and is highly resistant to even close-range jamming attempts.

“Designed to counter insider threats, data transmitted is only available to the right people in the right place,” states the firm.

Resembling hanging ceiling lamps, the systems can also be deployed in extremely rapid fashion. pureLiFi says that in field trials they were up and running in “tens of minutes”, compared with several hours for conventional Ethernet-based communications.

The units are also much easier and quicker to take down when required, with only one cable for power and data and two quick-release hooks needed for installation.

Andrew Foreman, CTO of the US Army’s Europe and Africa division, commented: “Including optical wireless in the commander’s toolbox is imperative to the survival of communications, command and control systems and, more importantly, soldiers.

“Leadership within the Department of Defense are at a major transitional crossroads for communications and mission command systems and must make a critical decision.

“Start deploying LiFi and FSO [free-space optics] and explore other optical wireless communications technologies or continue to subject the warfighter to increased emission by continuing to field highly detectable RF systems to the tactical edge, thus putting soldiers and systems in dire straits.”

News of the US Army contract comes 18 months after pureLifi closed an £18 million series B investment round, intended to transition LiFi into mainstream use.

Singapore-based Temasek and the Scottish Investment Bank took part in that round, while the company has also partnered with rugged electronics specialist Getac to evaluate potential applications in the military, automotive, and manufacturing sectors.