France-based firm expands its portfolio of lasers and pumps for Pulsar TW and PW laser chains. 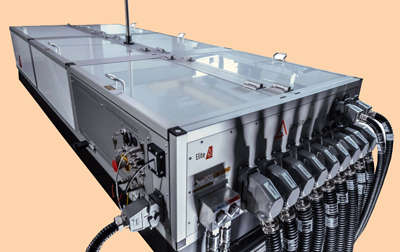 The Pessac, France-headquartered international firm specializes in femtosecond lasers for industrial, medical and scientific applications. Pulsar TW and PW are described by the company as “the state-of-the-art high intensity laser for high field science. They offer best-in-class performance with industrial-grade reliability in a compact footprint.”

Pulsar PW systems are designed for low (1 shot/min to 0.1 Hz) or high (1-5 Hz) repetition rates. This laser family has been designed to ensure the highest temporal quality at both femtosecond and picosecond timescales with optimized beam quality.

Amplitude says of its new sources, announced this week, “Elite is the new standard in high-energy nanosecond lasers. The new lasers can be summarized in three key words: innovation, performance and best value. Elite is an ideal solution for demanding applications such as PW-class amplifier pumping and shock experiments.” 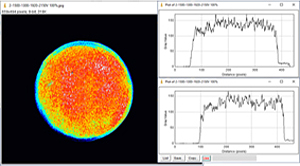 The company has expanded its range of pump lasers for low repetition rate Titanium-Sapphire TW and PW Laser chains with Elite, and Elite HE. There are two models in the range: Elite is specified thus: 35J – 527 nm – 0.1Hz – two beams, two pulses of 15 ns; and Elite HE delivers: 75J – 527 nm – one shot per minute – single beam, single pulse of 15 ns.

Amplitude says the homogeneity of the beams makes it possible to amplify TW and multi-PW lasers, “avoiding any risk of damage to the valuable titanium-sapphire crystal.”

The Elite lasers are provided with the most relevant functionalities in order to be the most user-friendly pump Lasers on the market, the developer says: “Elite will offer to the scientific benefits including ergonomic design, simplicity, and safety.”

The two French sister-companies Amplitude Technologies and Amplitude Systèmes announced last week that they have merged and are now operating under the single Amplitude name.

The company stated, “This merger aims to reinforce our position on laser market, and better serve our clients. This step simplifies our legal structure, and strengthens the synergy of skills. A benefit for our customers, partners and suppliers will be working with a more structured and financially stronger organization.”