French developer to install 60TW Pulsars first at DESY, Hamburg, then at Karlsruhe Institute of Technology. 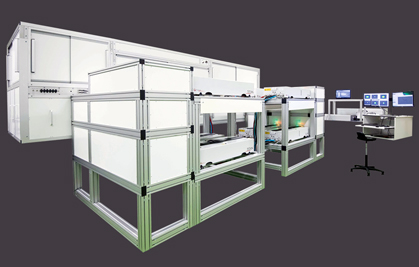 Amplitude is to install 60TW Pulsars first at DESY, Hamburg, then at Karlsruhe.

Amplitude Laser, headquartered in Pessac, France, has announced that it is to supply a 60 terawatt (TW) laser to the Karlsruhe Institute of Technology (KIT) in Germany.

Amplitude stated, “By the end of 2021, we will have a 60 TW Pulsar laser installed first at DESY, Hamburg, and then at KIT. These developments are within the framework of the ATHENA Project, the research and development platform for accelerator technologies.”

Developing innovative, compact particle accelerators for applications in science and medical research is the aim of the new “Accelerator Technology HElmholtz iNfrAstructure” (ATHENA) research and development platform for accelerator technologies.

The platform is a collaboration of six Helmholtz centers (DESY, Jülich Research Centre, Helmholtz Centre Berlin, Helmholtz Centre Dresden-Rossendorf HZDR, KIT and GSI with the Helmholtz Institute of Jena). The Helmholtz Association is funding the project as a strategic development measure with €29.99 million.

The largest and most well-known particle accelerator in the world is the 27-kilometer Large Hadron Collider located at CERN in Switzerland. Scientists are using it to research the structure of matter. In addition to their major importance for fundamental research in physics, accelerators also open up many other areas of application – from production technology to medical applications, for example in tumor therapy and diagnostics.

However, states Amplitude, “today’s accelerators are costly when it comes to their setup and operation. If powerful accelerators were considerably smaller, this technology could be used much more often.”

Therefore, another aim of researchers at KIT is to technically enable initial applications of ultra-compact accelerator systems in material and life sciences.

“ATHENA provides access to plasma-based accelerators for the Karlsruhe scientists,” commented Professor Holger Hanselka, who is President of KIT. “That’s ideal for accelerator research at KIT where we are pursuing the goal of developing this technology on a broad basis for society.”

About the Pulsar TW laser

Amplitude’s Pulsar TW is described as a “state-of-the-art high intensity laser for high field science.” The company states that it offers “best-in-class performance with industrial-grade reliability in a compact footprint. This laser family has been designed to ensure the highest temporal quality at both femtosecond and picosecond timescales. Beam quality is unmatched thanks to the optimal coupling between high energy pump lasers and amplifiers.”

The Pulsar TW is supplied with embedded, flexible and user-friendly monitoring and control software designed to enhance user experience and reliability. System versatility is expanded by a range of instrumentation and options depending on needs.