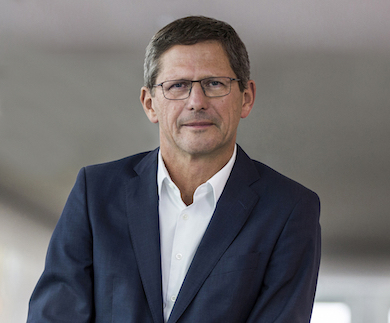 So commented Michael Kaschke, former Chairman of Zeiss for a decade and as of November 2019 Chairman of the KIT Supervisory Board, when he addressed the SPIE Photonics West Digital Forum on the topic of OCT's past success and likely future applications.

"At the World Ophthalmology Congress in 2009 I was asked what technologies I believed would play a key role in the following decade," said Kaschke.

"I said that ubiquitous use of OCT was one, along with multifocal lenses, femtosecond lasers in surgery, drug treatment for glaucoma and AMD, and development of accommodating lenses. Judgment on the last one is still out, but the other four predictions all came true."

OCT fits neatly within the envelope of six current technology drivers likely to influence progress in medical devices and the nature of healthcare in the next decade, according to Kaschke: photonic technologies; functional imaging; device miniaturization; ubiquitous sensors; abundant data processed by AI; and robotic systems.

"We are now seeing the fourth generation of OCT devices, after 20 years of continuous progress," he said. "In those 20 years successive technology improvements have allowed progressively higher resolution, faster imaging and larger field sizes. A modern swept-source OCT platform can achieve an axial resolution of 6 microns and make over 100 thousand A-scans per second."

Swept-source platforms have proven particularly valuable, allowing acquisition times to become sufficiently short that the natural involuntary movements of a patient do not necessarily interfere with an ophthalmic imaging operation, and making wide-field imaging a realistic prospect in the clinic.

"With new sources and new imaging configurations, OCT is also finding applications in a growing number of medical specialties outside ophthalmology," noted Kaschke.

"In cardiology, OCT can allow artifact free intra-vascular imaging, acquiring the data within one heartbeat so as to be robust against cardiac motion. In gastroenterology it is employed for volumetric laser endomicroscopy, where a catheter-based probe enables access to the esophagus and bile duct for lesion diagnosis. And in histology OCT allows high speed tissue imaging at large depths, investigating whole biopsy samples label-free."

The next evolution for OCT technology will be from its current role as a largely topographic imaging technique to a modality delivering functional imaging, through further improvements in swept-source illumination and the incorporation of different imaging modalities alongside OCT.

Kaschke described how a combination of the wide-field 20-micron resolution OCT data from a retina scan and the full color image of the same field of view from a conventional fundus camera can be vital in the diagnosis and monitoring of diabetes.

In parallel, the miniaturization of sources, sensors and actuators and their integration into modules will enable OCT devices themselves to become increasingly compact devices, unlocking novel fields of application in medical and domestic situations.

As an example, Kaschke pointed to OCTChip, the EU-funded project due to conclude in March 2021 with participants including Zeiss, Tyndall National Institute, and Fraunhofer Institute for Integrated Circuits. OCTChip aims to integrate optics and electronics for parallel swept-source OCT channels on a hybrid chip, including interferometer, photodetectors, amplifiers, and gigabit transceivers. This should ultimately lead to a less expensive and more compact device.

"The impact of these current technology drivers on future medtech progress will be compounded by their interplay and combination, but their development also raises important issues," commented Kaschke.

"For medical robotics, who will be liable for errors? As devices are miniaturized, will costs also scale down? When sensors are ubiquitous, who will have access to the data? There are many advantages for advanced OCT implementations and their related technologies, but there are certainly a number of open questions as well."