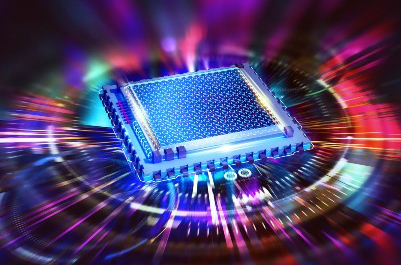 Quantum technologies may solve the world’s most challenging problems.

The University of Bristol’s (Bristol, UK) Smart Internet Lab is to work with industry partners to develop the first blueprint for a quantum data center, as part of UKRI’s £170 million Commercialising Quantum Technologies Challenge.

Quantum technologies, in the form of quantum computing and communications, promise to provide solutions to some of the world's most challenging problems. However, to date, very little has been understood from a systems perspective about how to integrate them with existing data centers.

The Quantum Data Centre of the Future project will commence in early 2022, bringing experts in classical data centers and networking together with experts in quantum computing and quantum communications, to develop the first blueprint for a quantum data center.

Professor Reza Nejabati, Head of High Performance Networks Research Group in the Smart Internet Lab said: “This is a truly exciting initiative. Adapting quantum computing and network systems to work in a data centre setting will require significant acts of invention and creativity.

“This will bring a more practical light to the field of quantum technologies so they can benefit businesses and support the emergence of new type quantum computing algorithms and applications that will benefit from them far into the future. In collaboration with the project partners, we aim to design, develop and demonstrate a solution for integrating a quantum computer in a classical data centre as well as providing remote quantum secure access to quantum computers at scale and in a data centre setting,” he said.

Professor Dimitra Simeonidou, Director of Smart Internet Lab, said, “Quantum computers and communications systems are often described in isolation, but this misses the possibility for near term value to be created with quantum/classical hybrid systems. In this project, we will be investigating system-level solutions for optical metro quantum networks supporting remote access to quantum computing.”

Quantum researchers: ‘boundary between time moving forward and back may blur’

A team of physicists at the Universities of Bristol, Vienna, the Balearic Islands and the Institute for Quantum Optics and Quantum Information (IQOQI-Vienna) has shown how quantum systems can simultaneously evolve along two opposite time arrows – both forward and backward in time. The team says their study, published in Communications Physics, necessitates a rethink of how the flow of time is understood and represented in contexts where quantum laws play a crucial role.

Dr Giulia Rubino from the University of Bristol’s Quantum Engineering Technology Labs (QET labs) and lead-author of the publication, commented, “If a phenomenon produces a large amount of entropy, observing its time-reversal is so improbable as to become essentially impossible. However, when the entropy produced is small enough, there is a non-negligible probability of seeing the time-reversal of a phenomenon occur naturally.

“We can take the sequence of things we do in our morning routine as an example. If we were shown our toothpaste moving from the toothbrush back into its tube, we would be in no doubt it was a reversed recording of our day. However, if we squeezed the tube gently so only a small part of the toothpaste came out, it would not be so unlikely to observe it re-entering the tube, sucked in by the tube’s decompression.”

The authors of the study, under the lead of Professor Caslav Brukner of the University of Vienna and the IQOQI-Vienna, applied this idea to the quantum realm, one of whose peculiarities is the principle of quantum superposition, according to which if two states of a quantum system are both possible, then that system can also be in both states at the same time.

Dr Rubino added, “Extending this principle to time’s arrows, it results that quantum systems evolving in one or the other temporal direction, can also find themselves evolving simultaneously along both temporal directions. At its most fundamental level, the laws of the universe are based on quantum-mechanical principles. This begs the question of why we never encounter these superpositions of time flows in nature.”

From November 29 to December 2, more than 600 experts in the field of quantum technologies will meet for the virtual European Quantum Technologies Conference.

Coordinated by the European Quantum Flagship, together with the Irish Centre for High-End Computing and the National University of Ireland, Galway, the event is presenting the progress of quantum technologies at the European level.

Since its launch in 2018, the Quantum Flagship organizes every 18 months the European Quantum Technologies Conference (EQTC), which aims to bring together quantum experts from Europe and beyond. Researchers, engineers, industry and policymakers have the opportunity to share their ideas, know-how, present discoveries, and exchange theories, techniques and approaches.