New round of funding will enable next stage of development for defense applications and other capabilities. 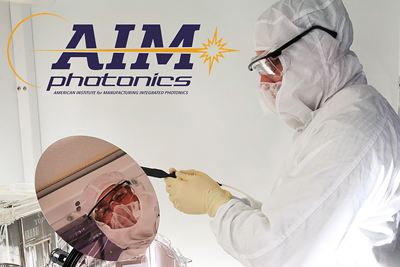 AIM Photonics is one of nine Manufacturing Innovation Institutes run by the DoD.

The funding includes $165 million awarded by AFRL on behalf of U.S. Department of Defense and $156 million from other sources, including more than $60 million previously awarded from New York State as part of a $250 million commitment to establish the institute, contributions from participating companies, colleges and universities, and other state governments.

Governor Hochul’s statement said, “The funds will be used to help ensure the manufacturing readiness of advanced photonics, a technology that is essential to national security and critical to the future of high-performance microelectronics.”

She commented, “As New York continues to rebuild our economy, we remain focused on growing the new and emerging technology sectors that will be the economic engines of the future. With this funding in hand, we are now better able to ensure New York and the nation will remain at the forefront in the world of technological innovation, research and development.” 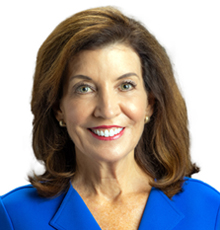 ‘New York at the forefront’

Empire State Development Chief Operating Officer and Executive Deputy Commissioner Kevin Younis said, “Thanks to the cutting-edge work and research being done by the team at NY CREATES and AIM Photonics, New York State continues to be recognized as a pioneer in this emerging field, whose application has the potential to span myriad business markets. The Department of Defense’s extended partnership with New York will allow us to further develop this cutting-edge industry and create economic opportunities, both now and in the future, throughout the state.”

AIM Photonics has developed a process design kit that supports electronic photonic design automation (EPDA) from chip to package. Coupled with its multi-project wafer program and unique test, assembly, and packaging capabilities, this enables designers to manufacture their designs at a fraction of the cost normally associated with prototype development.

Dr. Tod A. Laursen, Acting President of SUNY Polytechnic Institute and Chair of the AIM Photonics Leadership Council said, “We are uniquely positioned to provide a proven, advanced manufacturing environment that is vital for the evolution of integrated photonics. Our goal is to continue to increase industry, academic and government participation in the commercialization of this critical technology by providing unparalleled access to the advanced infrastructure needed to support the full development cycle of both current and future integrated photonic applications.”