Optics and microscopy giant adds another 100 employees to its roster with acquisition of US firm. 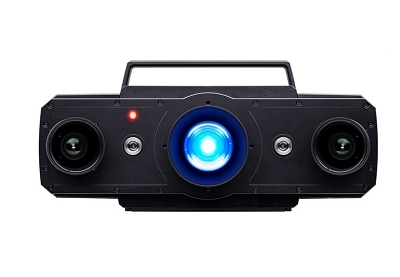 Zeiss says it has completed its previously announced acquisition of Capture 3D, a California-based company that already has strong ties with the German optics giant.

The deal, for an undisclosed sum, will see around 100 employees added to the Zeiss roster, along with annual revenues in the region of €50 million.

Capture 3D sells a range of 3D scanning and photogrammetry equipment for industrial applications, including the range of “ATOS” tools developed by key partner GOM - which was itself acquired by Zeiss back in 2019.

Blue-chip customers
“With the completion of this transaction, Capture 3D has become part of the Zeiss Industrial Quality & Research segment,” stated Oberkochen-headquartered Zeiss. “Customers will have continued support, with the advantage of quality measurement solutions and expanded experience from one source.”

In May this year, when the acquisition was first announced, Zeiss’ board member Jochen Peter said: “After the acquisition of GOM two years ago, we will now also combine our strategic forces in the important US market to provide customers with best-in-class measuring solutions from one source.”

Richard White, who started up Capture 3D in his own dining room back in 1997 and has since seen the firm expand to five locations across the US, will remain with the company, alongside co-founder (and now chief operating officer) Johan Gout.

Capture 3D lists the likes of Nike, Oakley, NASA, and Microsoft among its customers, alongside most of the world’s leading auto makers.

Triple-scan fringe patterns
“Both Zeiss and Capture 3D have enjoyed strong growth in the past years and proved successful on the market,” added Zeiss following completion of the deal.

“The aim is to further strengthen this leading technological position together, especially in the area of optical digitization systems.”

Several of the GOM scanners are based around the use of precise “triple-scan” fringe patterns, with narrow-band blue laser light projected onto the surface of an object and captured by stereo cameras.

This approach ensures that interfering ambient light can be filtered out easily during image acquisition.